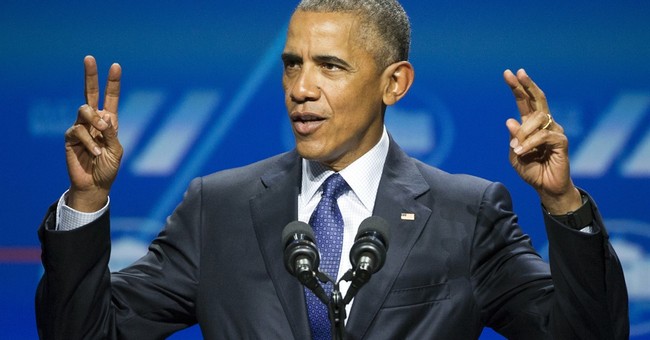 If you look up unaffordable in a dictionary, it should be right there under Obamacare. Premium hikes are coming for those on these health insurance plans. We all knew this was going to come down like a hammer. Guy has been tediously documenting how those on these plans are about to hit the inevitable iceberg, where hikes are expected to soar into the double-digits. It’s become so bad that Americans are now opting to pay the penalty and remain uninsured because it’s the better economical choice. Now, those double-digit hikes are going to hit those on low-cost plans under the law next year (via AP):

Premiums for popular low-cost medical plans under the federal health care law are expected to go up an average of 11 percent next year, said a study that reinforced reports of sharp increases around the country in election season.

For consumers, the impact will depend on whether they get government subsidies for their premiums, as well as on their own willingness to switch plans to keep the increases more manageable, said the analysis released Wednesday by the nonpartisan Kaiser Family Foundation.

The full picture on 2017 premiums will emerge later this summer as the presidential election heads into the home stretch. The health law's next sign-up season starts a week before Election Day. Democrat Hillary Clinton wants to build on President Barack Obama's health overhaul, which has reduced the uninsured rate to a historically low 9 percent. Republican Donald Trump wants to repeal it.

The Kaiser study looked at 14 metro areas for which complete data on insurer premium requests is already available. It found that premiums for a level of insurance called the "lowest-cost silver plan" will go up in 12 of the areas, while decreasing in two. The changes range from a decrease of 14 percent in Providence, Rhode Island, to an increase of 26 percent in Portland, Oregon.

"Premiums are going up faster in 2017 than they have in past years," said Cynthia Cox, lead author of the analysis.

Among the cities studied, the monthly premium for a 40-year-old nonsmoker in 2017 will range from $192 in Albuquerque, New Mexico, to $482 in Burlington, Vermont.

UnitedHealth has withdrawn from a few Obamacare markets across the country, citing monumental losses. It recently sounded the retreat from California, and will probably exit from most of the state-level marketplaces by 2017. In North Carolina, Blue Cross and Blue Shield, the only insurer that offers Obamacare plans to all 100 counties, might pull out of the Obamacare market after costumers consumed $830 million in health care costs, but only collected $75 million in premiums. That’s an unsustainable business model. In fact, it’s a total disaster. The last of the co-ops are on life support, billions have been wasted on the exchanges, and now the inevitable spike in premiums. It’s not working, and people’s wallets and home budgets are being set on fire at an accelerated rate.