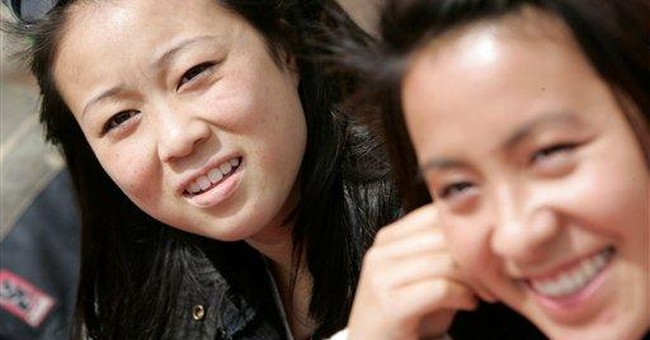 Despite the rise of qualified Asian-American applicants to Ivy League schools, the number of acceptances has dropped. The allegation that Ivy schools have discriminated against Asians has been hurled for years, but a new group is putting Dartmouth College, Brown University, and Yale University in the crosshairs by asking the Department of Education to launch an inquiry (via WSJ):

While the population of college age Asian-Americans has doubled in 20 years and the number of highly qualified Asian-American students “has increased dramatically,” the percentage accepted at most Ivy League colleges has flatlined, according to the complaint. It alleges this is because of “racial quotas and caps, maintained by racially differentiated standards for admissions that severely burden Asian-American applicants.”

The schools named in the complaint all said they used a holistic approach and evaluated each applicant individually in an effort to build a diverse class.

The complaint, said a spokesman from Brown, is without merit.

The complaint filed Monday by the Asian-American Coalition for Education, which consists of more than 100 organizations, makes many of the same points as the previous complaint against Harvard. It charges that the number of Asian-Americans at the three schools is capped and a special “just-for-Asians admissions standard” is in place. Admissions officers “often treat Asian-American applicants as a monolithic block rather than as individuals, and denigrate these applicants as lacking in creativity/critical thinking and leadership skills/risk taking.”

In an accompanying petition, the group said it filed this complaint because even if it hits a legal wall it will generate social and political pressure. After the Department of Education started investigating Harvard in 1988, its admission rate of Asian-Americans jumped to 16.1% in 1991 from 10.8%. After students filed a complaint against Princeton in 2006, its admission rate increased to 25.4% in 2014 from 14.7% in 2007.

Last year, there were some stories that highlighted the Ivy League’s supposed “Asian Problem,” specifically at Harvard, which has a history of racism within its admissions process. In the early 20th Century, the school did have caps on Jewish students to maintain its reputation as a white protestant institution of learning. I don’t think racism is at play here with this complaint filed by the Asian-American Coalition for Education, but it does highlight that affirmative action is quite unfair—in education and the workplace.

A Lot of Health Care Workers Are Refusing to Get the COVID Vaccine...The Reasons Are Not Shocking.
Matt Vespa
GOP Members Demand Data from a CDC 'Sowing Confusion and Distrust' on Mask Guidelines
Rebecca Downs
Read the Nate Silver Tweet That Caused COVID Panic Peddlers to Have a Total Meltdown
Matt Vespa
NYC Business Owner Lays Out How Another Mask Mandate Will Crush Surviving Stores