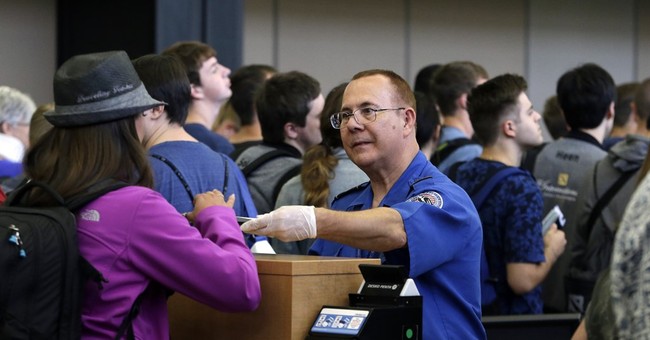 A top Transportation Security Administration official was removed from his post over the absurdly long lines witnessed by travelers at airports. In some cases, people waited for hours to be screened by TSA agents. Christine wrote Chicago’s Midway International Airport’s lines were a total disaster. Moreover, it only strengthens the argument that such security services should be privatized. Facing mounting criticism, the TSA removed Kelly Hoggan, assistant administrator for security operations, along with establishing a “centralized incident command team at TSA headquarters,” according to NBC News. At a House Oversight Committee hearing, TSA Administrator Peter NEffenger tried to pass off the long lines due to staff shortages, but he had a more difficult time explaining why Hoggan had received $90,000 in bonuses, despite security lines not improving (via CNN):

Kelly Hoggan has been removed from his position as head of security at TSA, following our hearing on May 12 on mismanagement at TSA," the committee tweeted.

The House Oversight Committee conducted a hearing on TSA's operations on May 12. At the hearing the TSA Administrator, Peter Neffenger, was questioned why Hoggan was given $90,000 in bonuses when security lines were not improving.

His agency is on the defensive after three former TSA employees testified that they were retaliated against after "directed reassignments," where employees who have highlighted wrongdoing within the administration are shifted to other assignments.

Neffenger said then that he did not "tolerate" potential retaliation against whistleblowers and pledged to "look into it."

The TSA declined to comment. But in an internal memo from Neffenger on Monday, the TSA announced several changes to its management.

"These adjustments will enable more focused leadership and screening operations at critical airports in the national transportation system," Neffenger wrote in the memo, which CNN obtained from an official within the agency.

Neffenger attributed the long lines to the thousands of employees the administration lost in 2014 that they have yet to replace. But much harder to explain was the $90,000 bonus given to Hoggan following a scathing report by Department of Homeland Security Inspector General John Roth that detailed numerous security failures at airports around the country.

Additionally, the bonus paid to Hoggan was doled out in $10,000 increments, leading the committee to believe that the TSA was attempting to be less than transparent, accusing the administration of "smurfing" the payment.