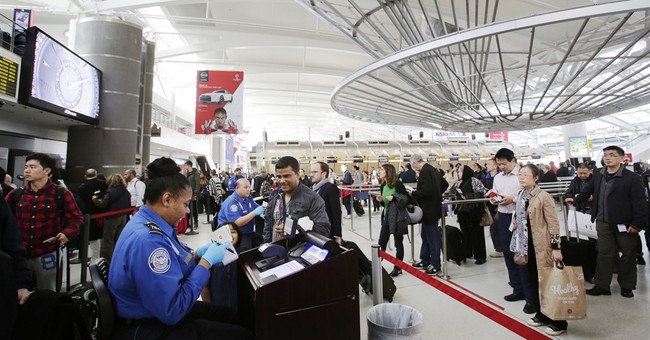 The TSA hasn't been having stellar press as of late. The most recent debacle is courtesy of Chicago's Midway International Airport, and its never-ending security line. A video of the line, taken on Thursday, went viral as people expressed shock and dismay at the hours-long wait travelers had to endure.

The video garnered over one million views in less than a day and was on the front page of Reddit.

First: Holy cow. That is one heck of a line.

Second: How is this not a bigger security threat than a four-ounce bottle of shampoo? That's a lot of people crammed into a very small space, and it looks like a stampede waiting to happen. There's no way this is safe.

As a reminder, the TSA recently failed 95 percent of security tests and had a bit of a theft problem among its workers.

Perhaps the Chicago airports should take a page from New York's book and threaten to switch to a private security firm as well. This is completely unacceptable.