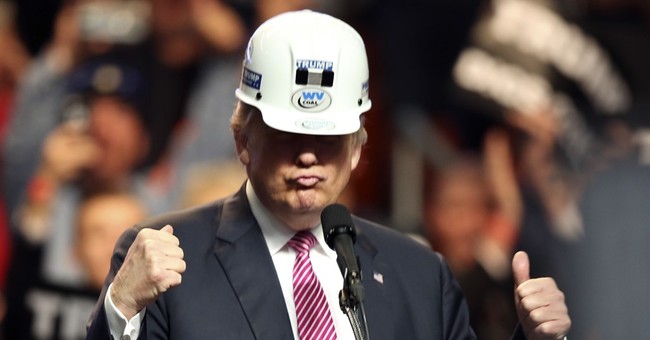 In November of 2015, Donald Trump promised to have a humane deportation force to tackle illegal immigration. There’s going to be a wall, there’s going to be a beautiful gate, and we’re going to know who is entering and who is leaving. Leaving out the wall and the gate, knowing who is leaving or entering the United States is actually a common sense policy point that has been lost in the ether as we’ve engaged in endless immigration debates dating back to Clinton.

Yet, Trump’s deportation plan could be exceedingly expensive—and by expensive I mean it could cost us 2 percent of the U.S. economy (via Reuters):

Donald Trump's vow to round up and deport all of America's undocumented immigrants if he is elected president could shrink the economy by around 2 percent, according to a study to be released on Thursday by conservative think tank the American Action Forum.

The research adds to concerns about the Republican presidential nominee's policy proposals, which range from tearing up international trade agreements to building a wall along the U.S. border with Mexico.

About 6.8 million of the more than 11 million immigrants living in the United States illegally are employed, according to government statistics. Removing them would cause a slump of $381.5 billion to $623.2 billion in private sector output, the Washington-based non-profit said in its analysis.

The study added that removing those workers could leave potentially millions of jobs unfilled due to a lack of legal workers willing to do them. Industries with the highest share of undocumented workers include farming, construction and hospitality, according to the research.

There’s no doubt that we need more border patrol agents, ICE agents need to be able to deport illegals caught more efficiently, DAPA and DACA need to be revoked since the executive arguably violated separation of powers to establish a new set of laws for children of illegal immigrants, and we should deploy drones to assist in monitoring the border. But to cannibalize 2 percent of the U.S. economy, while deploying un-conservative, highly intrusive surveillance techniques to find these 11 million people isn’t sound fiscal policy.