Progress? DC Will Have A Gun Range And Store Open Next Year 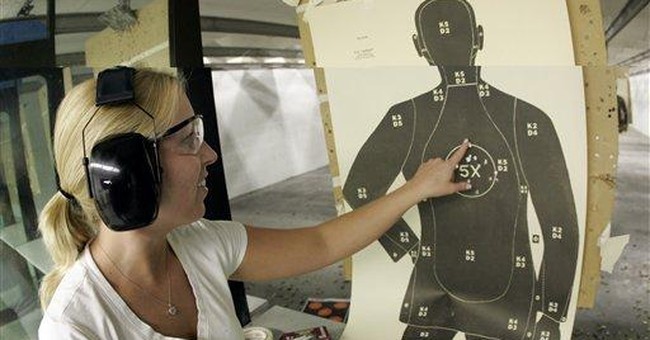 Washington, D.C. is a forbidden zone for America’s gun owners. While the city has accepted that they must give their residents some form of carry rights, it’s still insanely stringent. It’s a may issue city, which means that carry permits can de denied for arbitrary reasons, and it’s riddled with justifiable need clauses. Yet, for the city’s gun owners, there may be a space where they can exercise their Second Amendment rights next year. A new gun range and store is in the works, according to Stephen Gutowksi of the Washington Free Beacon:

DC Gun Range and DC Guns and Ammo will be located under the same roof at a site on Queens Chapel Road in the city’s northeast quadrant. They will be a short distance from the National Arboretum in a neighborhood that features a number of restaurants and nightclubs.

Leon Spears, the first and one of the few people certified by the Metro Police Department as a gun carry instructor, is hoping to change that. Spears owns the company developing the range and gun store. Despite hostility to guns from many city officials, Spears said the government has not yet tried to stop his project.

“The government hasn’t really given me any flack,” Spears told the Washington Free Beacon. “It hasn’t been an easy process but it hasn’t been difficult. It’s just tedious.”

The gun range will house 30 shooting lanes, with 24 open to the public on a daily basis and the other six reserved for private instruction. The facility will offer rentals, gun lockers, classrooms for training, a café, an observation area, self-sustaining solar power, private gated parking with special spaces for electric cars, and a lounge area. “It’s going to be more like a club feel,” Spears said. “It’s not going to be … where the average Joe is going to feel uncomfortable, but it’s not going to be a hole in the wall place by any means. I’m just going to try to make DC proud. That’s really the goal.”

Operating a range that’s pleasing to the community is a top priority for Spears. “We’re going to do it up,” he said. “I don’t want people’s expectations to be disappointed. I want people to have pride. This is our range. We don’t have to leave the city anymore.”

Spears said the range will be a one-stop shop for law-abiding gun owners in the District, and will employ as many as 20 people. “We’re going to be a gun store and a range,” Spears said. “There’ll be gun sales, rentals, transfers, and ammo sales. We’re going to be about a 20-employee operation when fully staffed.”

Again, in anti-gun havens, progress will be in baby steps. Carry rights were not honored in D.C., now they are—and a gun range and store seems to be coasting along in its process for the grand opening next year. Regarding shall issue carry laws in the District, that’s the goal. But for now, let’s celebrate the fact that a gun range is projected to open to accommodate the city’s residents who want to exercise their gun rights.