Horror: Veteran Burns Himself Alive Next To VA Center 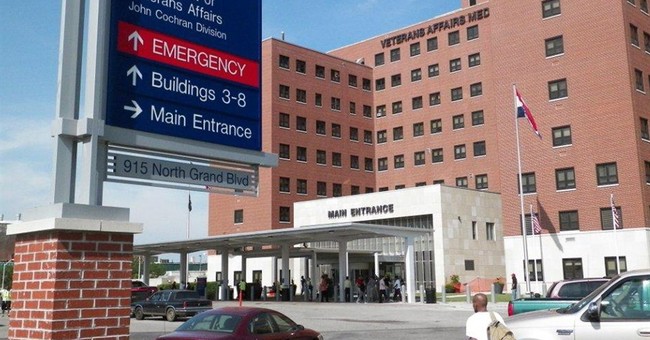 Last month, a veteran set fire to himself outside of a Veterans Affairs center in New Jersey. Charles Richard Ingram III, a seven-year veteran of the U.S. Navy, walked nine miles from his home in Egg Harbor, drenched himself in gasoline, and killed himself. Kenneth Lipp of the Daily Beast reported that Ingram’s injuries were horrific, with fireman noting that it’s almost incredible that he initially survived his self-immolation. At the same time, there are many questions over why Ingram did this, and whether he was obtaining proper medical treatment:

A motorist called 911, according to Capt. Paul Newman of the Northfield Police Department, and firefighters arrived three minutes later. A bystander was already at Ingram’s side, trying to extinguish the fire with blankets. Twenty minutes later, Ingram was airlifted to Temple University Burn Center in Philadelphia, where he died that evening.

“I’ve seen people die before with complications associated with minor burns, but he was 100 percent burned,” Northfield Assistant Fire Chief Lauren William Crooks told The Daily Beast. “Gasoline burns extremely hot, so how he survived the short time that he did was in my opinion a little unbelievable, but people react in unpredictable ways to trauma.”

Ingram’s last years in the Navy were aboard the amphibious command ship the USS La Salle, one of five vessels in the Persian Gulf when Iraq invaded Kuwait in August 1990. Ingram stayed at sea throughout Operations Desert Shield and Desert Storm. He was chief on deck when the La Salle cruised into Ash Shuaybay, Kuwait, on March 12, 1991, the first American warship to enter the newly liberated port.

After retiring from the service, Ingram married Billie Bessler; the two lived briefly in Pennsylvania before settling in the house she still owns in Egg Harbor.

The clinic in Northfield is a community-based outpatient clinic of the VA Medical Center in Wilmington, Delaware. The VA’s Community Based Outpatient Clinics (CBOCs) serve patients in rural or remote locations who may not be able to travel to main hubs as a result of physical disabilities or psychiatric illnesses. Since most of the specialists, including psychiatrists, only see patients at the hub medical centers, CBOCs schedule “telehealth” appointments: closed-circuit “office visit” teleconferences. (Telehealth was first pioneered in combat medicine to provide troops in places like Afghanistan access to mental health services.) The approach is not intended to work like “phoning it in,” though: The VA’s guidelines for telehealth prescribe an intensive outpatient regimen of weekly sessions taking about five hours each. If Ingram received psychiatric services at the Northfield clinic, as Capt. Newman said, then it is likely he availed himself of telehealth or was waiting to do so.

While the investigation into this tragic matter continues, Katie mentioned an equally tragic story involving Veterans Affairs, where a 31-year old Army veteran’s benefits were denied to his family upon his passing from cancer. VA doctors concluded that his cancer was not a result of his service in Iraq, so his benefits cannot be processed. Moreover, there are reports that wait-times, which formed the epicenter of this fiasco back in 2013, may have increased by 50 percent. An Inspector General report estimated that 307,000 veterans might have died waiting for health care, though the figure cannot be truly confirmed or refuted since the data within the VA Enrollment System wasn’t updated consistently, nor did they have procedures to do so. It was shoddy paperwork. As for accountability, it’s moving slower than molasses on that front. Only three people have been fired over the VA scandal. In Colorado, those VA officials are retiring “unscathed,” and did I forget to mention the bonus situation? That’s right, $142 million in bonuses were doled out to VA employees across the country last year. Maybe that money should’ve gone to fixing the VA suicide hotline, which goes to voicemail for some who decide to call for assistance. If there’s any window into the nightmare that is single-payer health care, just looks at the VA.

Oh, and the wait times are still an issue. In San Diego, a veteran’s frustration with his cancelled appointments led to a suicide attempt. In Los Angeles, “inappropriate scheduling practices” were also investigated.

From the San Diego IG report:

From the Los Angeles IG report:

Let’s not forget the ongoing breaches in medical privacy at VA centers across the country, with 11,000 such incidents since 2011. The stories alone demonstrate nothing more than a serial history of incompetence. In Asheville, North Carolina, a male VA employee accessed the records of a female patient that he was either dating, or intended on dating, only leading to the patient being informed that her records were accessed. In Western New York, the wife of a veteran had her brother-in-law stop at the VA to obtain information about benefits. She instead got the information of eight deceased veterans, including their social security numbers, diagnoses, death certificates, and other personal effects. At Mountain Home, Tennessee, a housekeeper stumbled upon the social security numbers, patient names, and dates of birth of over 100 veterans.

Besides medical privacy issues and wait times, there’s the question about access to medication. In February, CBS News reported that 200,000 veterans with Hepatitis C couldn’t be treated with what’s being described as a miracle drug because it’s too expensive. It’s just another item on a long, long list of problems plaguing the VA, though Hillary Clinton doesn’t appear to think that there are any issues at all. Do you remember when she said it wasn’t a “widespread” problem? People don’t forget.

UPDATE: Sorry, three Phoenix VA leaders were fired last month, according to a press release by Concerned Veterans For America:

“We are pleased the VA has finally, nearly two years after the revelations in Phoenix, pledged to hold those responsible for veteran wait lists accountable. There is today no question that Lance Robinson, Darren Deering and Brad Durry were intimately involved in the manipulation of wait lists that possibly led to the deaths of dozens, even hundreds, of veterans. Though these are merely proposals for termination, we hope the VA acts affirmatively in support of true accountability. We also encourage the federal bureaucrats at the Merit Systems Protection Board to recognize the need to restore trust in the Department of Veterans Affairs and the broader civil service, and uphold these measures when they are inevitably appealed.”