Rubio: I Don't Want to Be Politically Correct; I Want To Be Correct On The Threat Of Radical Islam 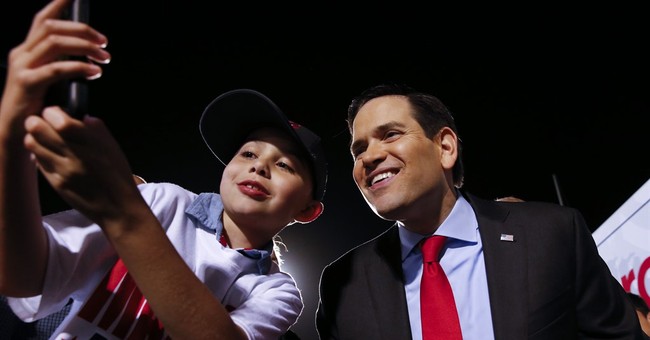 Donald Trump said this to CNN’s Anderson Cooper about Islam on Wednesday:

I think Islam hates us," Trump told CNN's Anderson Cooper, deploring the "tremendous hatred" that he said partly defined the religion. He maintained the war was against radical Islam, but said, "it's very hard to define. It's very hard to separate. Because you don't know who's who."

This was brought up during Thursday’s debate, where Sen. Marco Rubio (R-FL), who is fighting to tread water as the Florida primary approaches. Trump has said he doesn’t adhere to political correctness, and that the American people are tired of it. Rubio said that he’s not interested in being politically correct; he’s interested in being correct.

In the fight against ISIS, we’re going to need the help of the Muslim world to fully push back against their influence. We’re going to have to work with the Egyptians and the rest of the Muslim community since we both face the shared threat presented to us by radical Muslim extremists.

He also mentioned that if you walk through Arlington Cemetery, you’d see a lot of crescents noting where Muslim Americans have fought and died for our country.