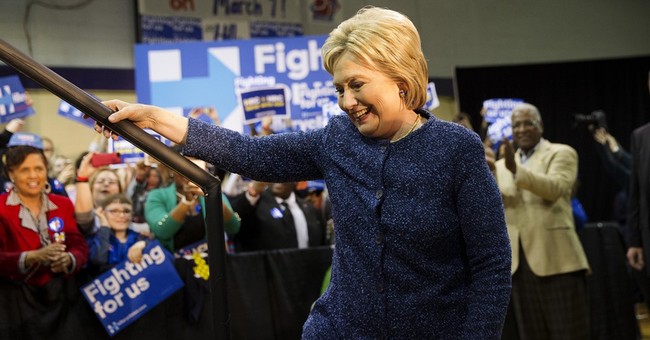 Hillary’s firewall with black voters is not only strong–and it seems as if the dangers of it crumbling down were over-exaggerated. The former first lady clinched 86 percent of the black vote, which represented 61 percent of voters tonight. She also won white voters­–39 percent of voters–53/47 over Sanders. Like Trump, Clinton pretty much won everybody. She won every age demographic, except for those between the ages of 17-29; she won men, women, the college educated, the non-college educated, every income bracket, urbanites, suburbanites, and rural voters. She bested Sanders on every key issue that South Carolina Democrats thought were the most important: health care (79/21), the economy (75/24), terrorism (84/15), and income inequality (62/38). In all, Clinton delivered death to Sanders in the Palmetto State, but the story following this primary will be Clinton’s strength with voters who rejected her in 2008. And Sanders’ inability to expand his narrow coalition comprise of young, white liberals (via AP):

Black voters powered Clinton to victory, with 8 in 10 voting for her. The former secretary of state also won most women and voters aged 30 and older, according to early exit polls.

A self-described democratic socialist, Sanders has energized young people and liberals with his impassioned calls for breaking up Wall Street banks and making tuition free at public colleges and universities. But the senator from Vermont, a state where about 1 percent of the population is black, lacks Clinton's deep ties to the African-American community.

Exit polls showed 6 in 10 voters in the South Carolina primary were black. About 7 in 10 said they wanted the next president to continue Obama's policies, and only about 20 percent wanted a more liberal course of action, according to exit polls conducted by Edison Research for The Associated Press and television networks.

Again, blacks Democrats may like what Bernie has to say, but they just don’t know him. Certainly not long enough to jump ship for Clinton.