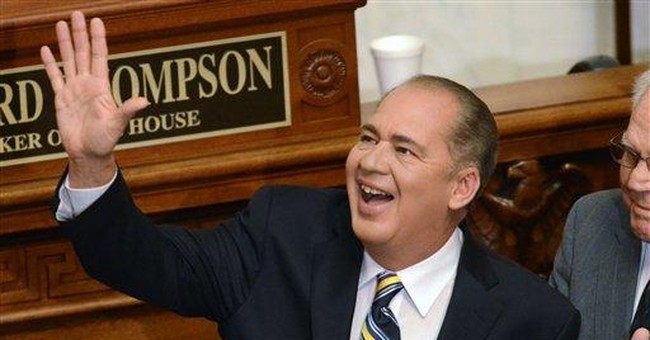 Democratic Gov. Earl Ray Tomblin has vetoed legislation to make West Virginia the 26th right-to-work state, but was quickly overridden by the Republican legislature. For bills that don’t deal with budgetary matters or appropriations, a simple majority is needed to override a veto. The state senate had already done so. And the State House of Delegates was expected to follow suit, given that there are 64 Republican members. The law goes into effect July 1 (via Metro News):

The House of Delegates and state Senate made quick work of Gov. Earl Ray Tomblin’s vetoes on the bills that will repeal the state’s prevailing wage and make West Virginia a right to work state in votes taken during Friday’s floor sessions.

The Republican-controlled Senate overrode both vetoes on an 18-16 party line vote while the House voted 55-44 to override prevailing wage and 54-43 to do the same with the right to work bill.

Both now will become law. On July 1, West Virginia will become the 26th state to become right to work while the current prevailing wage will be repealed in about three months.

After debating the right to work bill for more than five hours last week, House members were mainly quiet before the veto override vote.