Would Sanders Have Won Iowa If He Attacked Hillary On Her Email Fiasco? 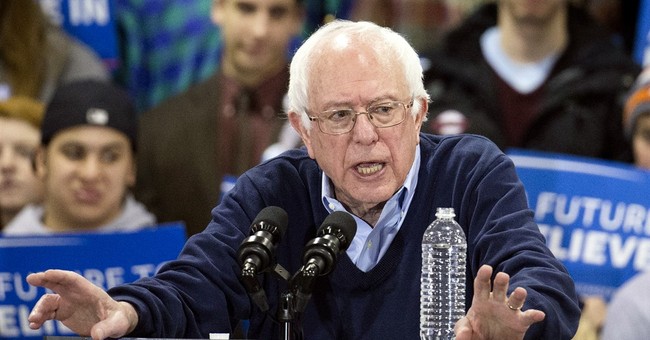 The Iowa Democratic Caucus last Monday night was a shambles, with the Des Moines Register calling on the state’s Democratic Party to order an audit of the precinct that reportedly had irregular tallies. The Iowan Democratic Party initially rejected calls to review the totals, but relented over the weekend. They’ve since been revised, with Clinton again eking out a win (via The Hill):

The Iowa Democratic Party on Sunday updated the results of the Iowa caucuses after discovering discrepancies in the tallies at five precincts, but the final outcome remains unchanged.

Democratic presidential hopeful Hillary Clinton still places first in the caucuses with 700.47 state delegate equivalents, or 49.84 percent, the party said in a statement.

Would have hitting Hillary over her email controversy put him over the top? It’s hard to see how it wouldn’t have given the close voter totals, coupled with the excitement and energy drifting towards the Sanders camp in this primary. Additionally, it’s the most visible, and highly publicized, flaw the Clinton camp has in this election cycle. As the Washington Post’s Chris Cillizza wrote prior to the Caucuses:

Clinton had long maintained that the leaks of information regarding classified information on her private email server were largely the result of an overzealous intelligence community and part of a broader interagency spat. State finding the same thing that the intelligence community had found regarding what was on Clinton's server suggests that her narrative has been disrupted in a serious way.

On its face, the State Department news seems like just the sort of thing that might tip wavering Iowa Democrats to Sanders's side. In fact, the email issue plays into a broader general-election argument that Sanders has been making in the closing weeks before the Iowa caucuses: That he is a stronger general-election candidate than Clinton.

Politics is about contrasts. For Sanders, the mishegas surrounding Clinton's email server is a perfect way to remind people of their doubts and worries about going back to the Clinton way of politics — and to cast himself as a new and different kind of pol. (Yes, it's weird that a 74-year-old man is the "new" kind of politician, but for Sanders it sells.)

He chose not to do that — at least not directly. If Sanders comes up short in Iowa, expect there to be some significant second-guessing in his campaign over that fateful decision.

His colleague, Greg Sargent, argued that if Sanders went after Clinton’s emails–he would undercut a core part of his campaign’s narrative:

The Sanders candidacy is premised on the idea that our political system is failing people in a very profound and fundamental way — that it has been rendered paralyzed in the face of the immense challenges the country faces. For Sanders, the political media’s obsession with the Clinton email story simply represents another way in which our system is broken so irrevocably that it is incapable of addressing those challenges.

Now, I don’t claim to know whether Sanders’s decision to refrain from attacking Clinton’s email setup is entirely rooted in a principled adherence to this broader story he’s trying to tell. For all I know, if Sanders doesn’t win Iowa, and if his candidacy looks like it’s in some trouble, perhaps he will begin going after her emails, to undermine her integrity and case for electability. But it’s hard to see how he could do this without diluting one of the ingredients most crucial to giving his candidacy the power it has gathered, particularly given that his own previous handling of the email story has transformed it into a massive symbol of everything he’s running against.

Sanders barely lost Iowa, and he’s poised to win big in New Hampshire. But we shall see if this truce over the emails last when the Democratic primary takes a cruise into the south, where Sanders isn’t well known. And where Clinton has an apparent lock on black Democratic primary voters. This is her firewall.

Yet, there could be an area where Sanders could go after Hillary incredibly hard if he’s serious about winning: her donations to the Clinton Foundation.

Sen. Sanders has questioned Hillary’s progressive bona fides since she has a super PAC and takes donations from Wall Street. He noted in the last Democratic debate before the primary how certain policies may have certainly been influenced by large donations from certain industries. There are plenty of instances where Clinton has changed her mind on trade policy after donations were made to the Clinton Foundation, rewarded nations with arms deals after checks to the Foundation were cut, and other interests giving Bill millions for paid speeches, who also had “matters before Mrs. Clinton’s State Department” at the time. Granted, the latter example is more of an ethical question, but the timing of donations and good things happening to the party handing over the check certainly poses a serious question about whether Clinton is truly independent.

If Bernie doesn’t think that there’s anything fishy about these donations, their consequences, and the ethical questions relating to the Foundation, then he’s not serious about winning. Yes, it’s not in the news as often as Mrs. Clinton’s email drama… yet. It should be. And if it doesn’t become as hot a topic as Hillary’s emails, then we’ve opened another area of media scrutiny.