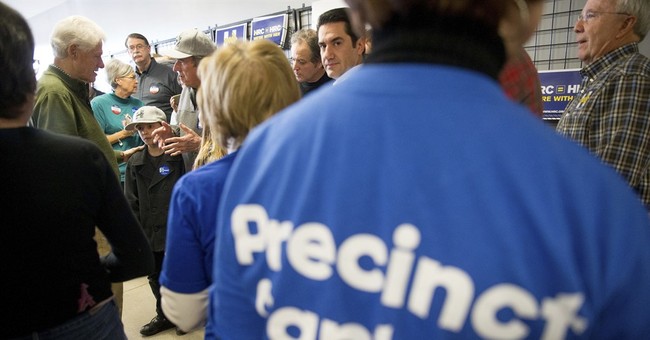 After the Iowa Democratic Party rejected calls for an audit of last Monday night’s results, they have finally agreed to look at the tallies, following concerns that some precincts had irregular numbers.

Allegations of voter fraud have also been hurled. Sen. Bernie Sanders (D-VT) said during the Democrats’ New Hampshire debate that he would welcome an audit, but he doesn’t want to blow this out of proportion; noting that both he or Hillary need 2,382 delegates to clinch the nomination.

The Iowa Caucuses allocated 23 delegates to Clinton and 21 to Sanders. This isn’t the end of the world for the Sanders camp. The self-described democratic socialist also mentioned that if an audit would occur, it would probably break even between him and Mrs. Clinton.

And that appears to be what they’re doing (via Des Moines Register):

Iowa Democratic Party officials are reviewing results from the Iowa caucuses and making updates where discrepancies have been found.

Party Chairwoman Andy McGuire the day after Monday's caucuses said no review would be conducted, and that Democratic presidential candidate Hillary Clinton’s narrow victory over Bernie Sanders was final.

But as errors are being discovered, the final tally is being changed, party officials confirmed to the Des Moines Register on Friday.

"Both the Sanders and Clinton campaigns have flagged a very small number of concerns for us, and we are looking at them all on a case-by-case basis," Iowa Democratic Party spokesman Sam Lau told the Register.

The latest development follows widespread questions among Iowa Democrats and national media about the accuracy of the counts reported on caucus night, which saw the second-highest number of participants and closest result in Democrats' caucus history.

The Register had previously called the Democratic Iowa Caucus a “debacle,” and implored the state party to conduct an audit, including a list of each precinct that executed a coin flip to break a tie and the results.