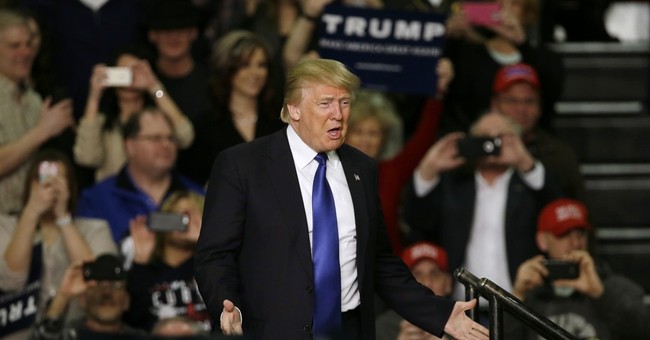 Des Moines, IA– As Iowans prepare to caucus, the anti-Trump Our Principles PAC launched its final salvo at the billionaire business magnate–with the woman behind the organization, Mitt Romney’s deputy campaign manager Katie Packer, saying that their efforts have prevented Trump’s continued rise in the Hawkeye State. At the same time, she admitted that it’s still very possible that Trump could win today.

“I think that our efforts to highlight his support of government run health care, partial birth abortion, higher taxes, gun bans as well as his flip flops on mass deportation and amnesty have kept Trump from growing here which is critical and will continue to be moving forward,” Packer said. “As long as the overwhelming number of Republicans are saying no to Trump, we can continue to raise questions and communicate the message that Trump isn't conservative, and isn't principled on any issue.”  The PAC has set up the following website, TrumpQuestions.com, for Iowans to read up on Mr. Trump.

Our Principles has been dedicated to undercutting the narrative that Trump is a bona fide conservative, pouring $1 million into an ad buy as zero hour approaches, along with this full-page ad that ran in The Des Moines Register and other popular Iowan newspapers over the weekend:

They also delivered 100,000 of these mailers, which the Washington Post described as a “Cheesecake Factory” menu outlining the serial betrayals of conservatism by Trump that span three decades.

Regardless, Trumpmentum has become a force to be reckoned with, as Guy noted that the Donald has remained king of the hill in the past nine Iowa polls­­–including the most recent one released by the Register thathas Trump leading Cruz, Rubio, and Carson (28/23/15/10 respectively).

So, while Our Principles may have halted the advance, it might not be enough.

Packer added, “Absolutely, the conditions on the ground indicate that Trump can win. In a big primary, anyone that can hit the 20s in support can win. And his closest competitor in Iowa, Ted Cruz, has had a rough couple of weeks.”

Cruz has been receiving backlash over a rather aggressive get-out-the-vote mailer, which essentially shames Iowan residents for not voting often. While campaign operatives have noted that these sorts of mailers do work, nudging these targeted voters to the polls should be gentle, not executed with the force akin to being run over by a tank. When asked if these mailers could impact Cruz’s ground game, Packer said, “I think it could be very negative and has received significant play here in Iowa.”

Let’s see how this plays out folks. What is clear is that even if Trump clinches a win tonight, Principles will continue their war to expose a person who they feel is the epitome of a charlatan.