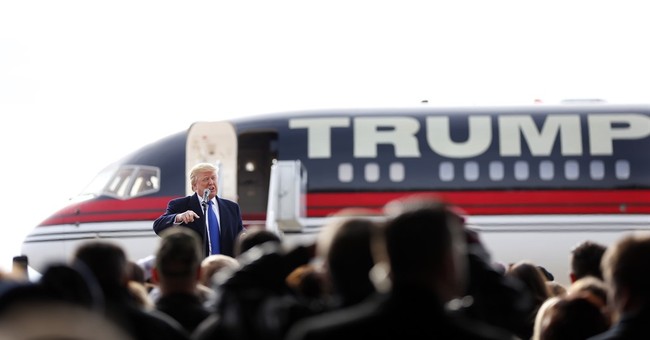 The Des Moines Register's widely-respected pollster has released its final survey prior to Monday's caucuses. On the Republican side, billionaire celebrity Donald Trump as regained his lead in the Hawkeye State, having erased a ten-point December deficit in this series. Ted Cruz, who led in the last two DMR polls, has slipped to second -- with Marco Rubio surging, but still in third place. Results:


A few important caveats and factors to bear in mind ahead of actual voting:

*45% of likely GOP caucus-goers say they can still be persuaded to change mind, per DMR pol

only one day of polling post-debate https://t.co/4YsFyAVMSi


In other words, the race is still quite fluid, this poll was significantly off last cycle in terms of predictiveness (Santorum narrowly won Iowa), this sample suggests an astonishing turnout spike, and the new survey was mostly taken prior to the no-show Trump debate.  A lot to chew on ahead of real results -- finally -- the day after tomorrow.  If you're a Trump follower, you're thrilled.  He's now claimed first place in nine consecutive Iowa polls, according to RCP's average.  Cruz fans can take solace in the fact that their candidate has a strong ground game, and that if many of these turnout models end up being overly optimistic, the Texas Senator will be well positioned to win.  Rubio supporters will note their candidate's steady climb over the last few surveys in this series, and can cite robust second place preferences and very strong favorability numbers as assets over the home stretch -- especially with so many Iowans open to changing their mind late.  One note, if these numbers are accurate, it's puzzling that the Cruz campaign has reportedly redirected its anti-Trump spending against Rubio.  Shouldn't they be gunning for the rival who's apparently narrowly leading their candidate?  Or are they more concerned about Rubio's momentum?  On the Democratic side, it's a near dead heat, with Bernie Sanders creeping up from an afterthought to a fractional underdog against Hillary Clinton:


I'll leave you with this. The speculation and guessing games will be put to rest on Monday night:

There's a plausible explanation for why Trump will under-perform his polls. But also a credible theory for why he may over-perform. Soon!