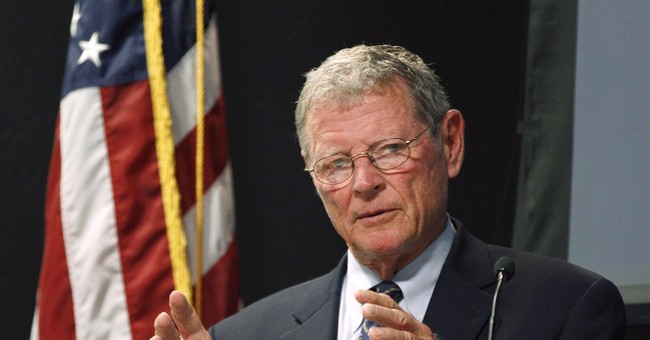 Sen. Marco Rubio (R-FL) nabbed another endorsement over the weekend from Sen. Jim Inhofe (R-OK) who described the presidential hopeful as a “solid conservative.”

“Marco and I have shared, similar values, such as working for a smaller federal government and putting an end to wasteful spending,” Inhofe said in a prepared statement.

“At the same time, we both recognize the need for the United States to be a global leader and that it requires a well-supported, world-class military that can safely and effectively answer when called upon.

“As a member of the Senate Foreign Relations Committee, Marco consistently demonstrates that he understands what it will take to keep America safe and to rebuild our place of leadership in the world. He is also one of the most informed and most knowledgeable critics of the Obama administration’s failed foreign policy, not only regarding ISIS in the Middle East, but across the globe.

“Marco has demonstrated sound judgment in knowing who our allies are and who they are not.”

Sen. Inhofe is one of the biggest skeptics of man-made climate change, and a fighter of the regulation-heavy policies aimed at curbing this natural phenomena that is nothing but extraneous red tape on American businesses which would ultimately gut American jobs. This isn’t Rubio’s first conservative endorsement; Rep. Trey Gowdy (R-SC) endorsed the Florida senator the day after Christmas.