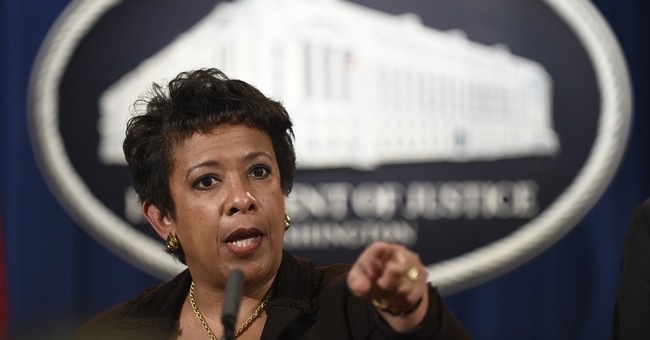 Right before Christmas, the Coalition for Public Safety’s (CPS) action arm, the U.S. Justice Action Network, held a conference call, where they noted the tremendous success they’ve had this year, and look to build on those successes this year.

The organization aims to reform our criminal justice system, which both liberals and conservatives agree has become unfair, unjust, and exceedingly expensive, especially when it comes to nonviolent drug offenders. The network is an amalgam of organizations from every stripe of the political spectrum: the American Civil Liberties Union, Americans for Tax Reform, Center for American Progress, Faith and Freedom Coalition, NAACP, Right on Crime, and FreedomWorks. In the Senate, Sen. Mike Lee (R-UT) has been a driving force on this issue, viewing it as essential in the fight for conservative values. When he addressed the Heritage Foundation about this subject in October, he said, “The most successful criminal justice reformers in the twentieth century advocated for conservative goals: law and order built on the responsible use of government’s coercive powers; tight-knit communities; a vibrant civil society; strong, intact families; and personal responsibility.”

This action arm for Public Safety has only been active sine July, but has seen great success in Michigan, Ohio, and Pennsylvania, where state legislatures passed legislation to improve re-entry opportunities for ex-offenders, reformed their respective civil asset forfeiture process, and made efforts to reduce the prison population.

Holly Harris, the executive director for the U.S. Justice Action Network, noted that their success has been so swift that the organization is looking to more than triple its number of target states for 2016, with Illinois, Iowa, Minnesota, Maryland, Kentucky, and Louisiana in their sights. Harris added that Louisiana, which is the world’s highest incarcerator, would serve as the flagship, especially since criminal justice reform became an issue for debate during the last gubernatorial election.

At the federal level, Congress has moved multiple bills forward in both chambers, sponsored by members from both parties. Speaker Ryan and Sen. Mitch McConnell feel that these bills should move to the floor for a vote, as they’ve been voted out of committee with bipartisan support.

Harris said it will be up to the Justice Action Network to make the case to lawmakers, their staffs, and their constituents in order to have a comprehensive criminal justice reform bill reach the president’s desk.

“Bipartisan lawmakers were able to advance sentencing reform legislation in both the House and the Senate this year, garnering the support of advocates across the country,” said Sakira Cook, policy counsel at Leadership Conference on Civil and Human Rights.

Cook’s organization has been involved in this fight since President Obama signed the FAIR Sentencing Act of 2010, which reformed the ways the federal government goes after those in possession of crack and powder cocaine. Right now, a focal point for the Leadership Conference is reforming mandatory minimum sentencing, of which disproportionately impact black and Hispanic Americans. Fifty percent of federal prisoners are low-level, nonviolent drug offenders serving long mandatory minimum sentences for drug offenses. Cook added that 2015 was a good year in that bills from both the House and Senate were voted out of committee.

Jason Pye, director of communications at FreedomWorks, said there was unprecedented support for criminal justice reform from both parties, which provides a window of opportunity to build on last year’s progress. He did stress that the first quarter of the year would be critical, as there are pressing issues at hand, including the most obvious obstacle: it’s an election year. FreedomWorks supports the Sentencing Reform and Corrections Act in the Senate and the sentencing reform bill that was drafted in the House. Since both pieces of legislation were voted out of committee, Pye said that FreedomWorks will mobilize their grassroots army–6.9 million strong–to support their passage.

Marc Levin of the Texas-based Right on Crime told people listening in on the call that he’s been involved in the movement since 2005 and noted that Texas had a 24 percent drop in crime, and a 12 percent in the incarceration rate, when the state pivoted away from building prisons and focused on justice reinvestment programs. He did stress that while there has been progress at the federal level–good progress–the focus must remain at the state level, first and foremost.

Levin also mentioned other states that made progress in this area. Alabama passed a reinvestment package aimed at reducing their exploding prison population that prioritizes space for violent offenders, while expanding opportunities for nonviolent offenders and ensuring a supervised release to promote a successful re-entry into society.

In Utah, low-level drug possession is no longer a felony, but a misdemeanor that Levin says will see a reduction in the prison population, which means more savings for the taxpayers. And in Illinois, Gov. Rauner has set up a task force with the goal of reducing his state’s prison population over the next several years.

Yet, with Texas, Levin said this past session was productive, with the state legislature adjusting property offense thresholds to inflation, so the system doesn’t go on “autopilot” that could make such offenses unnecessarily harsh with the passing of time. More importantly, Right On Crime’s other area of focus is overcriminalization.

Levin was recently appointed to a commission by the Chief Justice of the Texas Supreme Court to oversee the 1,500 offenses outside the penal code, like the 11 felonies associated with oyster harvesting.

Yet, the legal barriers to those who have been in the system are another front in reforming our system. Rebecca Vallas, director of anti-poverty policy at the Center for American Progress (CAP), noted that a key priority for CAP is removing those obstacles.

One in three Americans has some type of criminal record. That could lead to a severe limitations with regards to employment, housing, education, and job training. One in two U.S. children have at least one parent with a criminal record. This could potentially impact language development, school performance, health, and employment and earnings potential as they reach adulthood. Vallas said that even a minor criminal record, including an arrest that never led to a conviction, could be a life sentence to poverty.

She praised the Sentencing Reform and Corrections Act, which contain provisions that enable people to have their criminal records sealed– and to ensure more accurate background checks. Vallas also mentioned that fair chance hiring legislation is being considered in Congress on the Hill.

There are also bills being considered in states that would allow people with minor offenses to have their criminal records sealed. Texas signed such legislation into law. In Pennsylvania, a similar bill passed the Republican legislature and only faces one more procedural step before it makes its way to Gov. Tom Wolf’s desk for signature. Yet, the state is undergoing a prolonged budget battle, so it would not be shocking if this were put on hold.

Also, some states are considering automatically sealing records for persons that have committed minor criminal offenses if they have been crime-free for a set period of time.

“With momentum around criminal justice reform continuing to grow, we look forward to working with bipartisan lawmakers in Congress and in state legislatures to enact policies that give individuals with criminal records a meaningful shot at a second chance,” Vallas added.

You can read the annual Justice Action Network report here.