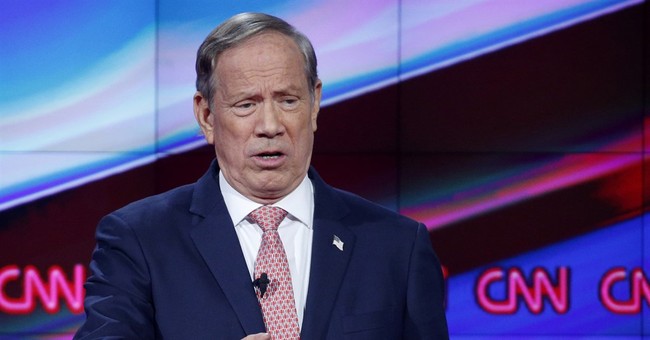 After weeks of barely registering on most polls, former New York governor George Pataki is dropping out of the 2016 race. This comes after WMUR, a New Hampshire-based news organization, reported that Pataki had a phone call with New Hampshire supporters telling them he’s folding up the tent:

Ben Gamache, member of Pataki's NH steering committee, tells me he got the call from Pataki this AM. https://t.co/F8TMtvoput

Gamache said Pataki said "we’re gonna work together as a party, get the best man in office & he doesn’t want to stand in the way of that."

Gamache said Pataki made no mention of why he was dropping out (said nothing abt $$ woes) and didn't express support for any candidate.

So far, Rick Perry, Bobby Jindal, and Lindsey Graham have called it quits. Mike Huckabee might/probably will drop out if he doesn’t do well in Iowa in February. Besides the many reasons that will explain Pataki’s departure, one of them was already a deal breaker with the Republican base: Pataki’s pro-choice. And there will never be a Republican nominee for president who supports abortion rights. Also, like Bush, his last campaign was his 2002 gubernatorial re-election campaign in the Empire State. He left office in 2006. That’s quite a long time to be out of the game. At least Bush has name recognition from being part of a political dynasty.

So, farewell, Governor Pataki–and please tell Governor Gilmore (R-VA) (yes, he’s still running) that he should consider dropping out as well. He’s not even polling high enough where he can make it onto the undercard debates.

By the way, this is the guy who said this at the Republican Jewish Coalition Presidential Forum on December 3: