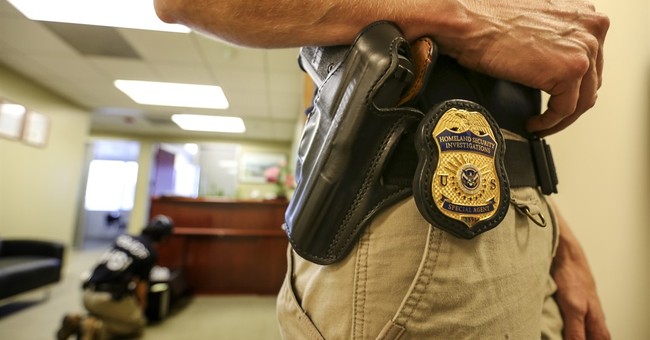 The Department of Homeland Security is set to conduct a series of massive deportation raids across the country starting in January. They’ll mostly be targeting families reportedly fleeing the rising violence in Central America that have crossed the border within the past year and have been ordered to leave by an immigration judge, according to the Washington Post:

The nationwide campaign, to be carried out by U.S. Immigration and Customs Enforcement (ICE) agents as soon as early January, would be the first large-scale effort to deport families who have fled violence in Central America, those familiar with the plan said. More than 100,000 families with both adults and children have made the journey across the southwest border since last year, though this migration has largely been overshadowed by a related surge of unaccompanied minors.

The ICE operation would target only adults and children who have already been ordered removed from the United States by an immigration judge, according to officials familiar with the undertaking, who spoke on the condition of anonymity because planning is ongoing and the operation has not been given final approval by DHS. The adults and children would be detained wherever they can be found and immediately deported. The number targeted is expected to be in the hundreds and possibly greater.

The proposed deportations have been controversial inside the Obama administration, which has been discussing them for several months. DHS Secretary Jeh Johnson has been pushing for the moves, according to those with knowledge of the debate, in part because of a new spike in the number of illegal immigrants in recent months.

Marsha Catron, a DHS spokeswoman, would not comment on any possible ICE operations but pointed out that Johnson “has consistently said our border is not open to illegal immigration, and if individuals come here illegally, do not qualify for asylum or other relief, and have final orders of removal, they will be sent back consistent with our laws and our values.”

Johnson has also made clear that families, children and others who had illegally crossed the border recently and did not obtain asylum status — and anyone ordered deported starting on Jan. 1, 2014 — would be subject to removal.

The publication added that there would possibly be a backlash from Latino and immigration groups over this measure. Gregory Chen, director of advocacy for the American Immigration Lawyers Association, said, ““It would be an outrage if the administration subjected Central American families to even more aggressive enforcement tactics.”

Mark Krikorian, executive director of the Center for Immigration Studies, was mores skeptical in his words with the Post.

“I’ll believe it when I see it,” he said. “What share is this going to be?. . . It’s a drop in the bucket compared to the number they’ve admitted into the country. If you have photogenic raids on a few dozen illegal families and that’s the end of it, it’s just for show. It’s just a [public relations] thing, enforcement theater.”

Of course, the 2016 Democratic field isn't pleased with these reported massive deportation plans, and this will surely continuing fueling the Trump machine as we enter the new year.

Wow, because of the pressure put on by me, ICE TO LAUNCH LARGE SCALE DEPORTATION RAIDS. It's about time!

.@DHSgov holiday plans for raids to round up/deport Central American refugees fleeing death are wrong. We are a better nation than this.

Christine and Katie wrote about the deluge of unaccompanied minors that poured across the border last summer. At the time, Obama warned parents not to send their children alone to cross our borders illegally, noting that they will be sent back if they're caught, along with the numerous safety concerns. Moreover, reports showed that these  kids weren't fleeing violence, but coming to the U.S. over the perceived notion that we were granting amnesty.