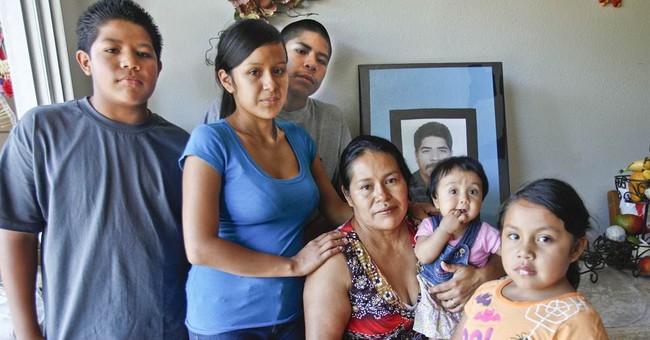 Fox News' Catherine Herridge is out with fresh reporting showing that thousands of unaccompanied illegal minors crossed the southern border with Mexico under the impression that if they made it to the United States they'd be able to stay, not because they're fleeing violence in their home countries. Further, new statistics show crime in Central America is actually down, not up.

A new intelligence assessment concludes that misperceptions about U.S. immigration policy – and not Central American violence – are fueling the surge of thousands of children illegally crossing the Mexican border.

The 10-page July 7 report was issued by the El Paso Intelligence Center (EPIC), which according to the Justice Department website is led by the DEA and incorporates Homeland Security. Its focus is on the collection and distribution of tactical intelligence, information which can immediately be acted on by law enforcement.

"Of the 230 migrants interviewed, 219 cited the primary reason for migrating to the United States was the perception of U.S. immigration laws granting free passes or permisos to UAC (unaccompanied children) and adult females OTMs (other than Mexicans) traveling with minors,” the report said.

Many on the left have called for thousands of illegal children to be classified as refugees, this report strongly refutes that classification. The Obama administration has blamed the crisis on violence in Central America for the surge, which this report also blows out of the water.

It is predicted nearly 200,000 unaccompanied minors will enter the United States next year. Democrat Senator Henry Cuellar and Republican Senator John Cornyn are working on legislation that could allow for faster deportations of unaccompanied minors.