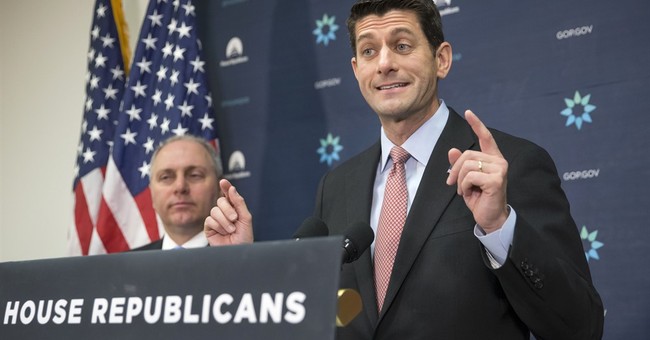 The House just passed a bill aimed to curb the flow of Syrian and Iraqi refugees entering the country unless they pass a vigorous screening process. The bill was brought up in the aftermath of the horrific terrorist attack that carried out by the Islamic State in Paris last Friday, which left over 120 people dead. Yesterday French Police killed the mastermind of the attack, Abdelhamid Abaaoud, in a raid.

The legislation was threatened with a veto from President Obama, but passed with a veto-proof majority. No one wants to look like they're soft on national security entering an election year. (via AP):

In a stinging rebuke to President Barack Obama by Republicans as well as members of his own party, the House ignored a veto threat Thursday and overwhelmingly approved Republican legislation erecting fresh hurdles for Syrian and Iraqi refugees trying to enter the United States.

Dozens of Democrats joined Republicans as the House passed the measure 289-137. That margin exceeded the two-thirds majority required to override a veto, and it came despite a rushed, early morning visit to the Capitol by top administration officials in a futile attempt to limit Democratic defections for the measure.

Thursday's vote came six days after a burst of bombings and shootings in Paris killed 129 people, wounded many more and revived post-9/11 jitters in the U.S. and Europe. The attacks have turned the question of admitting people fleeing war-torn Syria and Iraq into a high-stakes political issue in both the United States and Europe, and many congressional Democrats were willing to vote against their party's lame duck president for fear of angering voters nervous about security at home.

As the bill heads to the Senate, Guy adds that Sen. Harry Reid has made it well-known that it won't pass the upper chamber:

“The problem is not with refugees,” Reid said. “I don’t think we’ll be dealing with it over here.” When asked about the prospect of Obama vetoing the legislation, Reid said, “Don’t worry, it won’t get passed. Next question?”

BREAKING NEWS: With a veto-proof majority, the House just passed a bill to pause the Syrian refugee program. pic.twitter.com/hE8LsI0V16

47 Dems voted with republicans in favor of Syrian refugee bill. 2 republicans and 8 Dems were absent so still veto proof