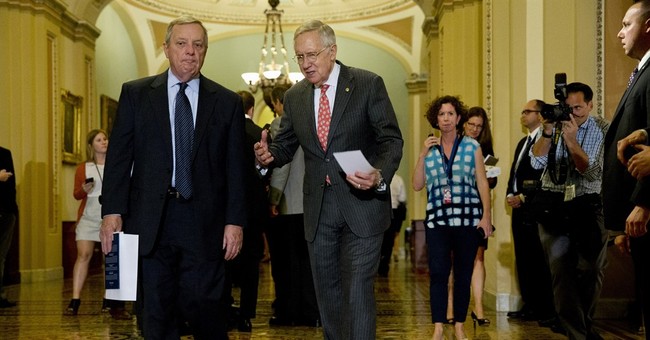 For the most part, Republicans trounced Democrats in state and local races across the country. It was a great night for the GOP, especially Matt Bevin’s surprise win in Kentucky. Most had written him off in the weeks prior to Election Day, citing the inability for both him and his Democratic opponent, Attorney General Jack Conway, from getting any sort of traction with the electorate. In the end, Bevin beat Conway by almost ten points. The Republican State Leadership Committee, who serves at the frontlines of state and local races, noted their massive victory during their conference call yesterday. I’ve written previously about how the Obama presidency has left a huge butcher’s bill for the Democratic Party at the state and local level. This is where the fresh faces, and the new blood, comes from for future elections. After Clinton, the bench is quite bare. Given how the post-2015 election map looks, one could wonder if the Democratic Party can still compete at the state and local level.

InsideSources gave a quick rundown of the “beating” Democrats took Tuesday night. Chris Cillizza at the Washington Post noted the absolute Republican dominance at the state and local level, adding (what we party members have known for a while) that it shows the GOP’s message is far from broken. He also reiterated the fact that this is where the new leaders are found:

That dominance — and what it means to the policy and political calculations and prospects for both parties at the national level — is the single most overlooked and underappreciated story line of President Obama's time in office. Since 2009, Republicans have made massive and unprecedented gains at the state level, gains that played a central role in, among other things, handing control of the U.S. House back to the GOP in the 2010 election.

It's hard to overstate how important those GOP gains — and the consolidation of them we've seen in the last few years — are to the relative fates of the two parties. While the story at the national level suggests a Republican Party that is growing increasingly white, old and out of step with the country on social issues, the narrative at the local level is very different. Republicans are prospering at the state level in ways that suggest that the party's messaging is far from broken.

There are other, more pragmatic effects of the GOP dominance in governor's races and state legislatures, too. Aside from giving the party a major leg up in the decennial redrawing of congressional lines, which has led to a Republican House majority not only today but likely through at least 2020, the GOP's dominance gives the party fertile ground to incubate policy that makes its way to the national level and to cultivate the future stars of the national party from the ground up.

Over at Commentary, Noah Rothman attributed the party’s losses to their indefatigable defense of Obamacare:

Democrats have sacrificed a lot for ObamaCare. The party that rode two anti-GOP waves to unqualified power has been decimated. In 2009, Democrats controlled 62 of 99 legislative chambers, 29 governorships, and substantial majorities in both chambers of Congress. Today, the GOP controls 70 percent of all legislative chambers and 32 governorships. Nearly half the population of the United States lives under total Republican control. In the Congress, Republican majorities in the lower chamber appear nearly impossible to oust in this decade and the project of retaking the Senate in 2016 now seems a daunting task despite the number of exposed GOP members in traditionally Democratic states. If Democrats were to lose the presidency in 2017, they would no longer be able to avoid taking stock of the full scale of the party’s decimation. Obama’s hold on the White HoOuse has masked the scope of the party’s truncation.

Being eaten alive from the inside out–what a David Cronenberg-esque political narrative that would be.

So, are Democrats still competitive at this level? They know they have problems. Donna Brazile, the DNC’s co-chair, called her party’s extensive losses at this level a “crime.” Advantage 2020 is the Democrats’ $70 million effort to retake their lost ground. The RSLC has their seven-year, $125 million RedMap effort aimed at defending this territory, along with gaining ground in state legislatures. The problem here is whether Democrats can revive those state party apparatuses that have truly “atrophied” after years of neglect, as written in the New Republic last year. Moreover, besides rebuilding, it’s convincing the white working class voters who dot the areas where Democrats have been booted, to vote for them again. Regardless, for Democrats, this has to be done:

The [Democratic] party could "write off" white working class in the South and still win many elections, but it's impossible to write off working Americans in all of the Red States or in all non-urban areas and still have a stable and enduring Democratic majority.

In many Red States, Democrats' populist rhetoric simply doesn't penetrate the local political culture, which is dominated by Fox News and conservative radio. In these areas, Democrats have no alternative except to try to rebuild local political organizations and regain the support that has atrophied for several decades.

Many Democrats would prefer not to have to face this monumental organization challenge, hoping instead that the existing Obama coalition and demographic changes in America will prove sufficient to elect a president in 2016, hold the Senate, and weaken GOP control over the House of Representatives. But the harsh reality for Democrats is that they cannot achieve all three of these objectives without increasing their support among white working class Americans—and if Democrats keep telling themselves that "the problem is just the South," that support may decrease instead.

Hillary Clinton has promised to rebuild the dying Democratic state parties, though I’m sure her stellar numbers on personal qualities aren’t going to help the party on that front. Yes, she might get some Democrats excited, but let’s be honest–Hillary isn’t all that popular.

So, can Democrats be competitive at the state and local level? It remains to be seen, but it’s certainly possible. But given the demographics of some of these areas, which are firmly Republican, and the fact that the local party apparatuses have withered; it’s quite the hurdle indeed. Yet, Republicans won in areas carried by Obama Tuesday night. Maybe Democrats just need to get over Obamamania and think clearly. On the other hand, and I’ll part with this, the Democratic turnaround in these underreported elections could be just one presidential loss away, according to Vox.

Last Note: On Bevin's win, National Journal's Josh Kraushaar wrote how the governor-elect reached out to black voters in the state, and how school choice could be a powerful tool in that outreach.