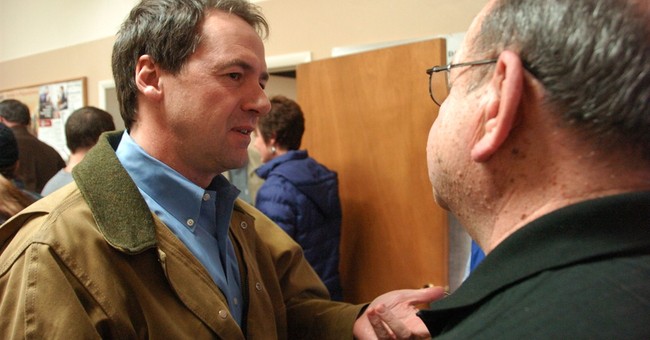 On Monday, Montana became the 30th state to expand Medicaid coverage. Democratic Governor Steve Bullock said enrollment would begin sometime later this fall, with coverage starting by the start of next year (via AP):

The governor's office has said 70,000 people or more would be eligible for coverage under the expansion, but legislative fiscal analysts predicted about 45,700 would actually participate over the next four years.

Medicaid expansion was a key part of President Barack Obama's health care reform law, but a U.S. Supreme Court ruling in 2012 made it optional for states.

So far, 29 other states and the District of Columbia have expanded their programs. Six of those states received federal waivers allowing them flexibility in designing their programs.

The aim is to expand eligibility to residents with incomes at or below 138 percent of the federal poverty level, about $16,000 per year for an individual and $33,000 for a family of four.

Obama administration officials in May said they had concerns with the plan, but were willing to work with the state.

First, expanding Medicaid doesn’t help the working poor, which what this program was originally intended do. It adds childless, able-bodied adults into the mix–of which nearly half don’t work. Additionally, over a third of the new recipients have a criminal record.

Second, this is a government program with government projections on enrollment and expenditure, meaning that there’s a 99.9 percent probability that both are going to be way off. The majority of states that have expanded this coverage have gone way past their original projections. As such, Medicaid has become a budget buster, sometimes causing states to find two to three dollars in cuts just to save one dollar in Medicaid spending.

Third, the program isn’t flexible and access is being limited. The Foundation for Government Accountability has been thorough about the impacts of Medicaid expansion. In Virginia, almost a quarter of doctors aren’t accepting new Medicaid patients. The proposed expansion in the old Dominion would have constituted a $1.3 billion tax increase to cover 400,000 able-bodied adults who are over the age of 18. Children are already covered. Luckily, the proposed expansion seems dead in the water after Republicans maintained control of the state legislature in the recent elections.

Lastly, a 2011 University of Virginia study found that surgical Medicaid patients are 13 percent more likely to die than those without insurance. Avik Roy wrote in Forbes that of the 893,658 surgical operations between 2003-2007, with normalized results for age, gender, income, geographical locations, operation, and 30 diseases–Medicaid patients were twice as likely to die before leaving the hospital than Americans who have private insurance:

Avik called the program is a “humanitarian catastrophe,” that’s only an integral part of an unpopular health care law that was rammed through by President Obama and the Democratic Party. Oh, and did we mention that premiums are going up?

If you want to see how Medicaid is a budget buster please read Jason Hart’s piece on how Gov. Kasich’s decision to expand the program is going to torpedo the state’s finances (via Watchdog):

Medicaid has grown rapidly in Ohio because Kasich added working-age adults with no kids and no disabilities to the welfare program to bring billions in new Obamacare spending to the state.

With the state slowly rebounding from the 2007-09 recession, Ohio spent $17.7 billion on its Medicaid program for the aged, blind, disabled, children, pregnant women and impoverished families in fiscal 2011.

Ohio Medicaid spending is expected to total $28.2 billion in 2017, a 59 percent increase from when Kasich took office and an average annual increase of 9.8 percent during Kasich’s first six years as governor.