About That Arby's That Refused Service To A Police Officer 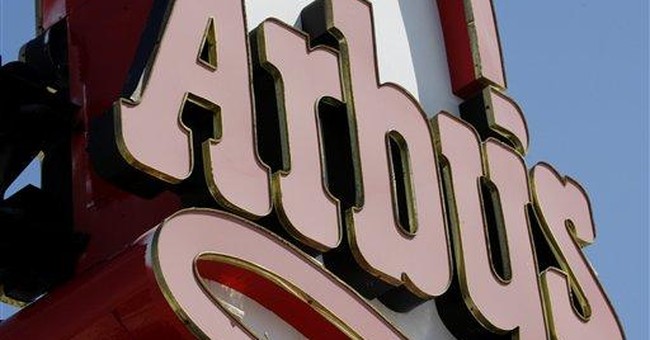 So, remember that Arby’s that reportedly refused to serve a police officer in Pembroke Pines, Florida? Well, the Arby’s national headquarters issued an apology, and the police department considered the case closed. The incident occurred last week when Sgt. Jennifer Martin was refused service at the local Arby’s. On September 4, the food chain fired the manager and suspended the clerk (via Sun Sentinel):

Arby’s has fired the manager and indefinitely suspended a clerk two days after a Pembroke Pines police officer said she was denied service at the restaurant because she was a cop.

The dismissal of Angel Mirabal, 22, and suspension of Kenneth Davenport, 19, were confirmed Thursday evening by Arby’s spokesman Jason Rollins in an email.

The two men were working at the restaurant, 11755 Pines Blvd., when Sgt. Jennifer Martin said she was told by Mirabal that Davenport refused to ring up her order after accepting her credit card.

Davenport said the comment from Mirabal was an attempt at a joke that backfired.

The article added that Mirabel couldn’t be reached for comment. Davenport said he doesn’t hate cops.

“We don't hate anybody. We're just trying to get people out of the drive-thru,” he said.

The initial report had Davenport’s grandfather saying how the 19-year-old was “overwhelmed” doing drive-thru duty, and didn’t even know Sgt. Martin was a police officer when he ordered. He also corroborated that Mirabel meant to joke around about refusing the officer service. It obviously wasn’t funny.

Please accept our sincerest apology for the recent incident that occurred at our Arby’s® restaurant in Pembroke Pines, FL. This isolated incident does not represent Arby’s Restaurant Group (ARG) views and Arby’s values. We appreciate all that you do, as well as the hard work and sacrifices of your fellow law enforcement officials in communities across America.

As a show of our appreciation and support, this Friday, September 4 we invite you to visit any of our restaurants in the Dade-Broward metro area to receive a free combo meal of your choice. Simply show up in uniform to receive your free meal compliments of your friends at Arby’s.