FBI Director: Dylann Roof Got A Gun Due To 'Breakdown' In Background Check System 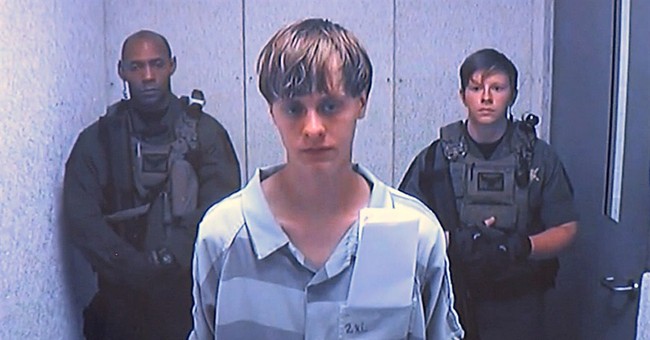 So, it turns out that more gun control wouldn’t have prevented the horrific Charleston shooting on June 17. Shooter Dylann Roof's admission to a drug charge wasn’t entered properly into the federal national background check database, allowing him to purchase a weapon(via WaPo):

In a meeting with reporters at FBI headquarters, [FBI Director James] Comey said failures in the gun purchase screening system enabled Roof to acquire the weapon used in an attack that authorities have said was motivated by Roof’s racist views, and whose political repercussions led South Carolina to remove the Confederate flag from its statehouse grounds this week.

Roof’s ability to purchase the gun has been a focus for investigators since the June 17 attack. Roof had been arrested for possession of narcotics in February, a felony charge that should have surfaced on criminal databases and prevented him from buying a weapon at a gun store.

But Comey indicated that the data was not properly entered in federal criminal justice computer systems, or had been mishandled by an analyst with the National Instant Criminal Background Check System [NICS].

It’s well known that none of Obama’s gun control initiatives post-Newtown would have prevented this shooting. That point is made more explicit with sloppy paperwork: no law can prevent such negligence.

The initial story was that Roof received a .45 caliber handgun from his father on his birthday, according to Roof’s uncle, which still would have constituted a felony for both parties. As National Review’s Charles Cooke pointed out, the law is quite explicit in this regard, “persons awaiting trial on felony charges are prohibited from receiving firearms.” Roof had a pending drug charge on him, while his father knew of it, yet and still gave him a firearm–a charge that could land you ten years behind bars.

Now, we know that Roof bought the gun 25 miles from his home, though the owners of the gun store where he made the purchase allege they don’t remember him. Either way, the failure rests with the federal government, whose failure to enter his pending drug charge into NICS allowed him to pass a background check, which should have never been allowed to happen.

So Roof got his gun because the FBI okayed it, and the SF shooting was with a federal agent's gun. Really, US Govt? Really?