Trey Gowdy: Madam Secretary, We Request Your Presence Before The Select Committee 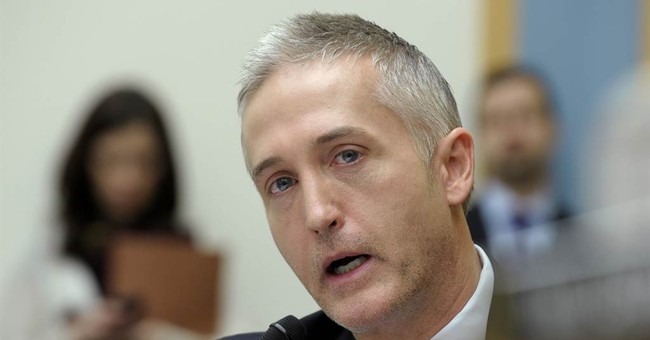 In a letter sent to Clinton’s lawyers today, Rep. Trey Gowdy (R-SC), chairman of the House Select Committee on Benghazi, has requested former Secretary of State Hillary Clinton to appear before the committee to address questions relating to her private email system and the 2012 terrorist attacks in Libya. Gowdy noted that both David Kendall–Clinton’s lawyer–and Rep. Elijah Cummings (D-MD)–the committee’s ranking member–agreed to have the former first lady appear before the Committee sometime in November of 2014. This was obviously before we knew that Clinton had used a private email address for all State Department business, had operated a personal server, and had submitted emails the former secretary of state deemed work-related; all of this was included in the letter.

“Thank goodness the Committee did not schedule Secretary Clinton’s appearance when some asked us to, or else that hearing would have been woefully and now obviously premature,” Gowdy wrote. He also reiterated how a transcribed interview, which was rejected by Clinton’s legal team, should have been an option for the former first lady–and that the Committee is willing to travel to her “if that would make the scheduling of this interview easier for the Secretary.”

Gowdy also said that if she chose to appear before the Committee, they “would anticipate the hearing lasting until all relevant questions have been asked on both sides of the aisle.” They’re hoping to have this public hearing the week of May 18.

The letter contained over 100 sample questions for Hillary Clinton regarding the use of her private email account.

He also requested the former secretary to testify twice to the Committee from the press release issued earlier today, and reiterated some of the points mentioned in the letter to Clinton’s lawyers–specifically not having Clinton appear on the original date that was set:

It is necessary to call Secretary Clinton twice because the committee needs to ensure we have a complete and responsive record and all the facts before we then substantively question her on the Benghazi terrorist attacks.

“From there, as I have said countless times before, the committee investigation will go wherever the facts may lead. I have made no presumption of right or wrongdoing on anyone’s part with respects to the Benghazi terrorist attacks.”

If the committee had called the former secretary when Mr. Cummings and Mr. Kendall first invited us to, the committee would not have had possession of the 300 emails we now have or known about her exclusive use of a personal server and email account to conduct official business,” Gowdy added. “Unlike previous investigations, this committee uncovered Clinton’s use of personal email to conduct official business and is now in possession of thousands of pages of documents from the ARB [Accountability Review Board] review and other documents no other committee has had access to. The committee also is continuing to interview eyewitnesses to the Benghazi terrorist attacks no other committee has spoken to.