Convention Of States Trying To Unleash The Power of Citizenry 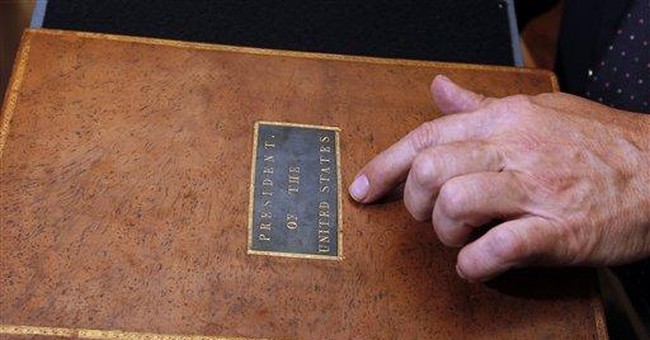 For the past few months, Mark Meckler, President for Citizens for Self-Governance and co-founder of the Tea Party Patriots, has been crisscrossing the nation in support of an initiative to change the Constitution. Yeah, I know it sounds like pie in the sky, but the movement has been gaining traction within conservative circles–and at the state level–to propose amendments to the Constitution through Article V. Amendments can be considered if two-thirds of the House or Senate agree, or if two-thirds of the legislatures request a national convention to consider new amendments. Ratification still requires three-fourths approval from the state legislatures.

The Congress, whenever two thirds of both houses shall deem it necessary, shall propose amendments to this Constitution, or, on the application of the legislatures of two thirds of the several states, shall call a convention for proposing amendments, which, in either case, shall be valid to all intents and purposes, as part of this Constitution, when ratified by the legislatures of three fourths of the several states, or by conventions in three fourths thereof, as the one or the other mode of ratification may be proposed by the Congress; provided that no amendment which may be made prior to the year one thousand eight hundred and eight shall in any manner affect the first and fourth clauses in the ninth section of the first article; and that no state, without its consent, shall be deprived of its equal suffrage in the Senate.

Townhall was able to speak briefly with Mr. Meckler at CPAC in February about his project, and how the process will go forward:

Mark Meckler: So the rhetorical question in America that I think is the most important question facing the country today is the question “who decides”? We have all these debates in America -- whether it’s about health care or EPA regulations or whatever -- and the underlying premise in all those debates is that the decision will be made in Washington, D.C. And when we give up that premise, we lose the fight. It’s like; the fight is over, why engage in the debate? Because some guy in Washington, D.C. that you don’t know that doesn’t care about you or your family or your situation is going to make the decision for you. When you ask Americans “who should decide?” they almost always say “me.” And it doesn’t matter whether they’re on the left or the right or the center. It doesn’t matter what their political affiliation is. Say “who should decide about the things that affect your life,” they always say “me.” It’s a uniquely American spirit, by the way -- it’s the spirit of self-governance. So what the Convention of States movement is all about, fundamentally, at its root, is that a question of who decides.

In Article 5 of the Constitution, it gave us the right -- the second clause of Article 5 -- to call an amendment convention specifically for the purposes of restraining Federal tyranny. That was introduced in the last two days of the convention -- it was almost an afterthought. George Mason stood up and he said “in Article 5, we’ve given the federal government the power to amend the constitution should they deem it necessary -- but we haven’t given that right to the people or the states. And he said, so do we really believe that if the federal government becomes a tyranny -- which we all know governments, centralized governments do -- do we believe that they’ll propose appropriate amendments to restrain their own tyranny. Now I’m asking that question -- it’s so obvious right? No. Of course they won’t. It was just as obvious to them. And at the time Madison’s notes reflect that it was so obvious, there was no debate. No debate, and it was adopted unanimously to give us, the citizens acting through the states, the right to call an amendment convention specifically–according to them¬–to restrain federal government tyranny -- federal government overreach.

Regarding success, Rush Limbaugh, Sean Hannity, and former Oklahoma Sen. Tom Coburn have voiced their support of the movement:

So far, we’ve actually passed the application in Georgia -- a nice red state, Florida -- a nice swing state, and Alaska -- which is its own creature, but really a swing state. So it’s been passed in those three states. It’s currently pending in roughly thirty states around the country -- so it’s serious momentum. So the states are taking it seriously, the state legislators are taking it seriously, and I think importantly, the conservative community at large is taking it really seriously -- and the libertarian community.

Mr. Meckler’s last visit at the time was to the nonpartisan, unicameral state legislature in Nebraska, where he spoke at a committee about his Article V proposal. He was optimistic about the measure coming out of committee in order to be debated and eventually voted upon by lawmakers.

Sen. Coburn is set to make a brief presentation at an event in support of the Convention of State movement in Tulsa, Oklahoma on March 23.