WaPo Flashback: DOJ Probably Does Not Have Enough To File Civil Rights Charges Against Darren Wilson 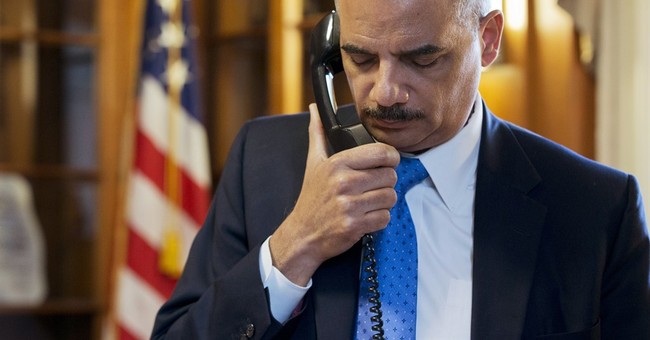 As Katie mentioned yesterday, the Department of Justice is still conducting an ongoing investigation of its own:

While the grand jury proceeding in St. Louis County has concluded, the Justice Department’s investigation into the shooting of Michael Brown remains ongoing. Though we have shared information with local prosecutors during the course of our investigation, the federal inquiry has been independent of the local one from the start, and remains so now. Even at this mature stage of the investigation, we have avoided prejudging any of the evidence. And although federal civil rights law imposes a high legal bar in these types of cases, we have resisted forming premature conclusions," Holder released in a statement.

DOJ is investigating whether Michael Brown’s civil rights were violated and whether there are discriminatory police practices happening in Ferguson.

Yet, on October 31, it was reported that federal officials probably don’t have enough evidence to file civil rights charges against Officer Darren Wilson, but a DOJ spokesperson called such assumptions premature (via WaPo):

Justice Department investigators have all but concluded they do not have a strong enough case to bring civil rights charges against Darren Wilson, the white police officer who shot and killed an unarmed black teenager in Ferguson, Mo., law enforcement officials said.

“The evidence at this point does not support civil rights charges against Officer Wilson,” said one person briefed on the investigation, who spoke on the condition of anonymity because of the sensitivity of the case.

Justice spokesman Brian Fallon said the case remains open and any discussion of its results is premature. “This is an irresponsible report by The Washington Post that is based on idle speculation,” Fallon said in a statement.

Other law enforcement officials interviewed by The Post said it was not too soon to say how the investigation would end. “The evidence we have makes federal civil rights charges unlikely,” one said.