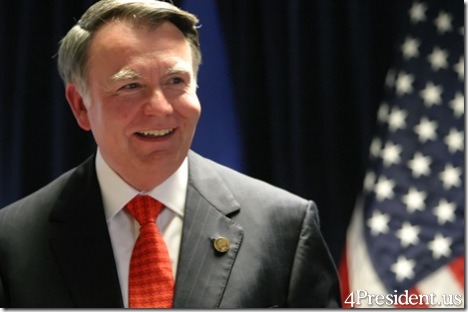 I just got off the phone with Mike Duncan, the Chairman of the Republican National Committee, and he had some interesting things to say about their plan to get-out-the-vote in November.

Duncan expressed extreme confidence in the “microtargeting” technology which propelled the GOP to victories in 2000, 2002, and 2004. I thought he might flinch when I asked if the 2006 loss marked end of that system’s dominance, but he told me that it actually worked better two years ago than it did in 2004!  He asserted that microtargeting only works at the margins, and thus, will only win a close race -- which 2006 clearly was not -- but that it did help GOP candidates out-perform “generic” polls that year. In addition, he claimed that improvement in the program were a primary reason that numerous “endangered” Republicans, like Congresswoman Heather Wilson (R-NM), kept their seats.

So, at least in the eyes of the RNC, Republican microtargeting technology has shown an unbroken line of improvement since 2000 and is still superior to Democratic targeting efforts. Duncan also said that he expects to be out-spent by the Democrats, but that a superior ground game will carry the McCain ticket to victory. The GOP’s efforts will be “more efficient”, he assured me, even though the other side has more “paid volunteers”.   (This is consistent with what I learned from my previous interview with McCain political director Mike DuHame).I also asked Duncan whether the GOP would be keeping its money in traditional battlegrounds or trying to "expand the map" by targeting states such as Minnesota and New Jersey -- where McCain is surprisingly competitive. He wouldn't give me any details, but said that we were “going to see a change in the map”.  My guess is the RNC will monitor these states and will spend money there only if they are within a few points a week, or so, in advance of election day.  This, of course, also assumes they can fully-fund the traditional battleground states, such as Ohio and Michigan. Perhaps the most interesting thing he revealed is that the GOP already has 50 individual plans drawn up, ready to shift focus to any state that becomes competitive...Townhall's Adam Brickley contributed to this post.