<em>One of These Guys Will Win:</em> A Close Look at the GOP Candidates ...

With the New Year upon us, I figured it was time to do a review of the 2007 GOP candidates.  This, of course, is purely my opinion.  In no particular order, here is my take on the candidates: 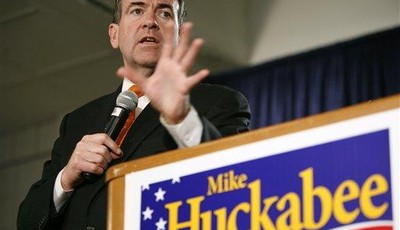 What I like:  Without a doubt, Mike Huckabee is the most charismatic Republican running for president.  He's also a solid social conservative.

What I don't like:   Populism is a respected tradition in the Republican Party.  It helped a "C student" from Eureka College named Ronald Reagan win over "Reagan Democrats," and also wrest control of the GOP from the country club "Rockefeller Republicans."  Every time Rush Limbaugh talks about the "media elite" or the "Hollywood elite," he is, to some extent, advancing a populist message.  But the problem is that Mike Huckabee has gone beyond populism to class warfare.  That is a very different -- and a very dangerous -- type of rhetoric.

The Campaign:  If you're looking for an efficient campaign, look no further than Mike Huckabee's.  Though he has spent less than many Congressional candidates, he has managed to climb to the top of the Iowa -- and national -- polls.  This is nothing short of miraculous.  Of course, this has little to do with his campaign; Mike Huckabee is a cult of personality.

How He Wins:  Mike Huckabee must win Iowa, and then hope the momentum carries him into South Carolina.  Presumably, an early win or two will kick-start his fundraising.  That's the theory, at least.

What I Like:  If you've met John McCain, it's hard not to like him.  The fact that he is so available to reporters and bloggers probably means many of us predisposed, at least, toward liking him.  Aside from the ego boost many reporters and bloggers probably get from this exposure, there is also a substantive reason that McCain's availability is a good thing:  A candidate who is available to the media would also be a president who is open to ideas and willing to frequently talk to the media -- and the public.  McCain's background as a former POW rightly gives him credibility and respect.  For social conservatives, John McCain has a solid Pro-Life voting record -- the most solid of any candidate running.  Regarding Iraq, he was clearly right about the Surge from day one.

What I Don't Like:  Campaign Finance Reform is a big deal breaker for a lot of conservatives -- and for good reason:  It is a violation of free speech, and is essentially incumbent protection.  On the personal side, I have heard from numerous reliable sources that McCain has a fierce temper and flies off the handle.  Other conservatives whom I respect even go so far as to describe him as "crazy".

The Campaign:  McCain's original team consisted of some of the best operatives in the business.  The only trouble was what worked for Bush in 2004 didn't fit John McCain.  He is, by nature, a maverick, and his campaign today fits that mold.  From a personal standpoint, McCain is lucky to have perhaps the best eCampaign Director in the business, Patrick Hynes.  Of course, Hynes' job is made easy by having a candidate who is so willing to deliver the straight talk to reporters and bloggers.

How He Wins:  McCain must win New Hampshire, and hope the momentum takes him to Michigan and South Carolina.  Theoretically, that would jump-start his fundraising. 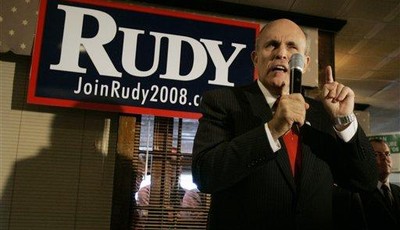 What I Like:  During the debates, I often found myself really liking Rudy Giuliani.  He is, no doubt, a terrific leader, and he possesses gravitas as well as a disarming sense of humor.  Clearly, he is a good law-and-order type, and his promise to appoint "strict constructionist" judges is, at least, some comfort for social conservatives.

What I Don't Like:  Without rehashing all the issues, there is no doubt Rudy Giuliani is a social liberal.  There is also a sense that he might be a bit authoritarian, if it's possible to be just a bit authoritarian.  Moreover, his campaign is guarded and his staffers and advance men do a good job of keeping him isolated from bloggers, reporters, and others.  This, of course, plays into the negative stereotype.

The Campaign:  Giuliani's strategy relies on defying history.  He is essentially banking on losing the first several primaries, and then winning big on February 5.  By essentially ignoring Iowa and New Hampshire, he had hoped to decrease their relevance, avoid being branded a "loser," and harvest his resources for later.  It is now clear he would have been better off to campaign hard in both states, come in 3rd, and then win on February 5.  From a personal standpoint, the Giuliani campaign has done a very good job of providing bloggers with surrogates.  For example, they arranged for me to interview former Solicitor General Ted Olson, as well as former Massachusetts Governor Paul Cellucci.

How He Wins:  Rudy needs to deprive Mitt Romney of winning both Iowa and New Hampshire.  To use football parlance, he doesn't control his own destiny.  He needs other teams (Huckabee and McCain) to beat Romney, for him to make it to the playoffs.

What I Like:   Based on the positions he is espousing, Mitt Romney is the most complete conservative running for president.  He is charismatic and well-spoken.  And his experience as a businessman makes him appealing to those who are yearning for efficiency and competence in government.

What I Don't Like:  Prior to deciding to run for president, Mitt Romney held dramatically different positions on a variety of important issues.  While primaries have a centrifugal nature, being an elected official has quite the opposite.  I worry about a candidate who isn't steeped in conservativism, and thus may lack the necessary moorings to keep him conservative when the going gets tough.  While the conservative movement should welcome converts, it should not immediately promote converts to the highest office in the land.  Additionally, Romney often appears to be self-righteous and too polished for his own good.

The Campaign:  Without a doubt, Mitt Romney's is the most disciplined and efficient of all the Republican campaigns.  Top-notch loyalists like Peter Flaherty have provided stability, as well as helped pull off what may have seemed like a miracle a year ago:  Making Romney acceptable -- and even preferable -- to many conservatives.  Romney wisely hired Gary Marx, who served as the Bush/Cheney '04 social conservative director, and the list of conservative movement endorsements that Romney has secured is impressive.  Kevin Madden, Romney’s press secretary, is no doubt the best in the business.  And Matt Rhoades, the famous Drudge friend, has no doubt been key to some of the anti-Huckabee/McCain stories that have recently surfaced.  Lastly, a year ago, Mitt Romney took my advice and hired a blogger.  Romney was well-served by bringing on some very talented e-campaign folks, early in this race.

How He Wins:  Mitt Romney, unlike Giuliani, controls his own destiny.  His path to the presidency is the clearest, and history is on his side.  What is more, he has the money to sustain him should he fumble once or twice.  But he still needs to win Iowa or New Hampshire.  He cannot afford to lose both. 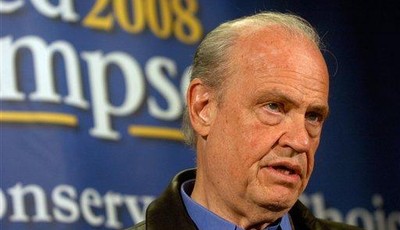 What I Like:  Fred Thompson has gravitas.  He is humorous and has charisma.  Though he's not perfect, his record is reliably conservative.

What I Don't Like:  Like Rudy Giuliani, Fred Thompson is guarded.  His entourage keeps bloggers and voters, alike, at a distance.  More importantly, however, there seems to be no compelling reason for Fred Thompson to run for office, other than the fact that he thought he could easily win.

The Campaign:  Fred Thompson's campaign has famously been in disarray.  However, his commitment to Iowa, and his Iowa team, is what matters most now.

How He Wins:  Of all the candidates, it is most difficult to lay out Fred Thompson's path to victory.  He needs to stay alive early by coming in 3rd in Iowa.  Then, he needs to hope the other candidates take turns winning, thereby depriving any one person of racking up states.  Also, as Newt Gingrich has noted, Fred Thompson is the one candidate whom (to much of the country, at least) doesn't have an accent.  If Fred can survive long enough to get there, he has a chance to win many of the southern states.

Lastly, you will note I did not include Ron Paul or Duncan Hunter, as I don't think they have a realistic shot of winning the nomination.  I do like Ron Paul's dedication to the Constitution, though I believe his position regarding terror is naive.  Cleary, his campaign has tapped into the internet, and has raised an astonishing amount of money.  He will likely play a part in determining the outcome of New Hampshire, though he will not be the winner.  Duncan Hunter is a good man, but he has clearly not caught on.
Progressives Are For Sure to Have a Meltdown Over Biden's Immigration Changes Next Month
Matt Vespa
Psaki Doubles Down on Democrats Wanting the IRS to Spy on Bank Accounts
Katie Pavlich
Whistleblower Says ICE Released Over 16,000 COVID-Positive Immigrants Into the US
Julio Rosas
The Price of Democracy: On the Murder of British MP David Amess and His Recent Townhall Column