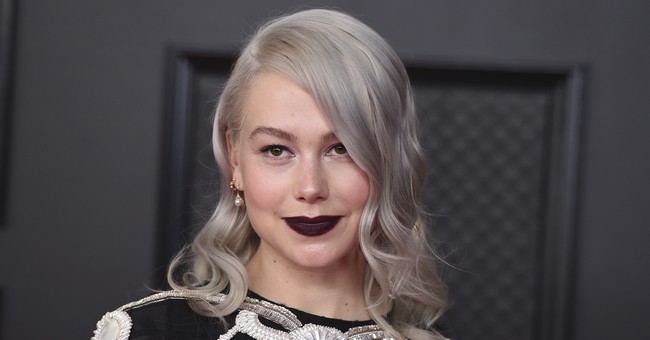 Singer Phoebe Bridgers shared a tweet on Tuesday reveling that she had an abortion in October while touring. She went to Planned Parenthood to obtain abortion pills to terminate her pregnancy.

In the tweet, Bridgers linked to an article by The Cut and urged her followers to donate money to pro-abortion entities included in the piece.

I had an abortion in October of last year while I was on tour. I went to planned parenthood where they gave me the abortion pill. It was easy. Everyone deserves that kind of access.

Here’s a big list of places you can donate to right now. https://t.co/jT0sk6CeNX

Bridgers’ tweet came after an opinion draft from the Supreme Court case Dobbs v. Jackson Women’s Health Organization was leaked to Politico. The opinion showed that the Supreme Court Justices would overturn Roe v. Wade, which sent liberals into a frenzy.

Last October, I wrote a piece for Townhall on Bridgers’ support for abortion.

During Bridgers’ performance at the Austin City Limits (ACL) festival in Texas, her set was cut short due to technical difficulties. As an apology, Bridgers had the festival organizers donate to pro-abortion organizations to make up for it. The festival organizers revealed this in an official statement.

"Unfortunately, due to a miscommunication on stage by ACL Festival personnel, the sound on the final song of (the) Phoebe Bridgers set was cut off during her ACL Fest weekend two performance. We wish this had not happened and extend our apologies to Phoebe. After positive conversations between festival organizers and the artist about the situation, ACL Fest has made a donation to Texas Abortion Funds to show our support for Phoebe and an organization close to her heart."

At the time, a Texas law banning abortions after fetal heartbeat detection had been in effect for about a month. Fetal heartbeat occurs at around six weeks of pregnancy, before many women know that they are pregnant.

That same month, Bridgers released a song where the profits were sent directly to Texas Abortion Funds, which then divided the money between ten different pro-abortion organizations, including one called “Jane’s Due Process,” which “helps young people in Texas navigate parental consent laws and confidentiality acccess abortion and birth control.”