Did Jill Biden Question Why Kamala Harris Was Chosen as VP? 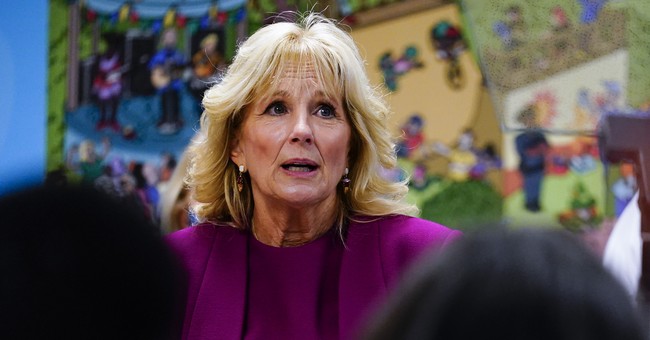 First lady Jill Biden was skeptical of President Joe Biden’s decision to select then Sen. Kamala Harris as his running mate in the 2020 election, according to excerpts from a new book obtained by Politico.

According to Politico, the upcoming book, “This Will Not Pass: Trump, Biden, and the Battle for America’s Future,” by New York Times reporters Jonathan Martin and Alex Burns, “reveals some frustrations at the highest echelons of the White House between the Biden and Harris camps, as well as the VP’s angst over the policy portfolio she was given.”

Excerpts of the book reviewed by the outlet claim that Harris staffers complained that she was given an “impossible portfolio” to tackle in her role as vice president. Additionally, the Biden administration had been reportedly “leak proof” until reports of “dysfunction” within Harris’ office emerged.

“Speaking in confidence with a close adviser to her husband’s campaign, the future First Lady posed a pointed question. There are millions of people in the United States, she began. Why, she asked, do we have to choose the one who attacked Joe?” Politico reported the book stated.

The excerpts reportedly claim that Biden’s Communications Director Kate Bedingfield “had taken to noting that the vice presidency was not the first time in Harris’s political career that she had fallen short of sky-high expectations: Her Senate office had been messy and her presidential campaign had been a fiasco. Perhaps, she suggested, the problem was not the vice president’s staff.”

As Townhall has covered, several of Harris’ staffers have departed their roles since she assumed office as vice president. This week, reports broke that Harris’ national security adviser called it quits. In an internal memo obtained by Reuters, it stated that Adviser Nancy McEldowney is stepping down and will be replaced by her deputy, Philip Gordan. Other staffers to leave Harris’ office include Peter Velz, Vincent Evans, and Symone Sanders.

“The fact that no one working on this book bothered to call to fact check this unattributed claim tells you what you need to know,” Bedingfield said to Politico in an email on Monday. “Vice President Harris is a force in this administration and I have the utmost respect for the work she does every day to move the country forward.”