Poll: This Is How Many Democrats Prioritize Abortion Rights 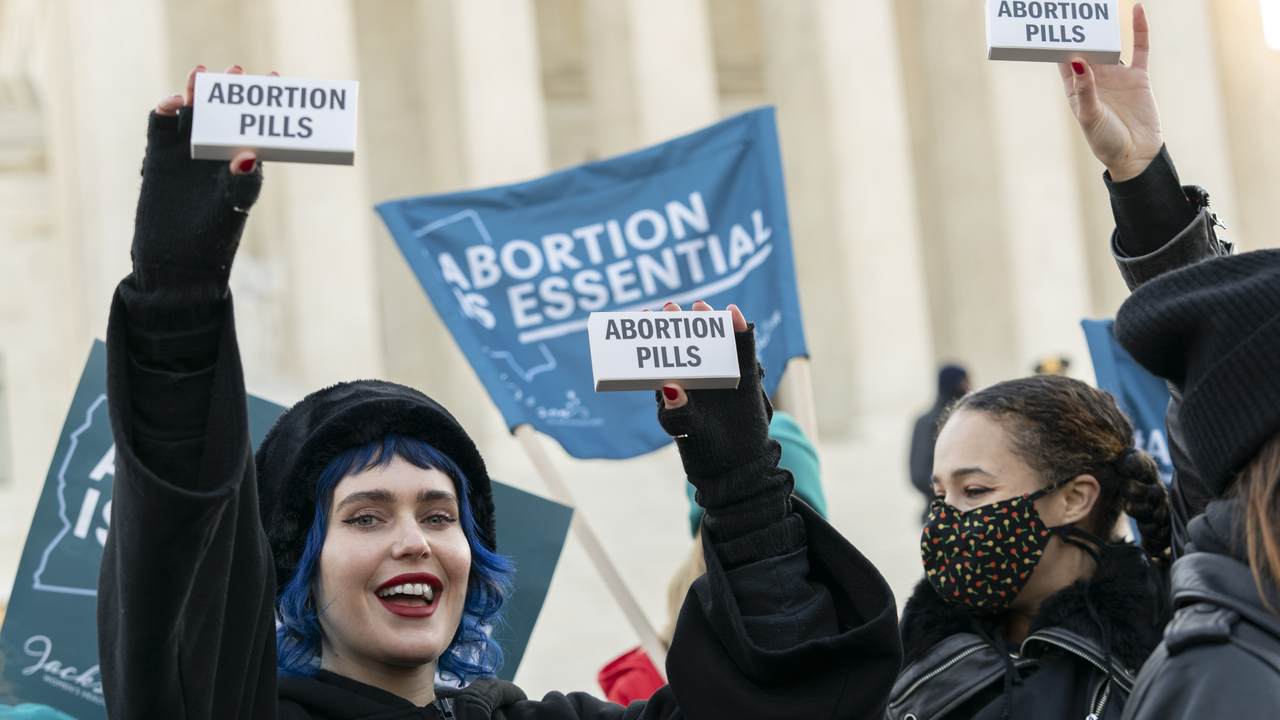 Abortion access has been an issue front and center since fall 2021 when Texas enacted S.B. 8, a state law that prohibits abortion after fetal heartbeat detection. Since then, several other states, such as South Dakota, Florida, and Ohio, have introduced legislation to curtail abortion access. A new poll released this week shows how many Democrats think the government should address the issue of abortion in 2022.

An Associated Press-NORC Center for Public Affairs Research poll published Thursday found that 13 percent of Democrats find abortion or reproductive rights as one of the top issues the government should address in 2022. This is an increase from 2021, where one percent of Democrats named the issue, and from three percent who listed it in 2020. Other issues Democrats in the poll prioritized were the economy, gun control, and health care.

"The public have lots of things that they want to see government addressing," Jennifer Benz, deputy director of The Associated Press-NORC Center for Public Affairs Research, noted in the poll write-up. "You ask this kind of question in a time of economic turmoil and in the time of a pandemic and all of these other things going on, we might not expect abortion to rise to the top."

Currently, abortion is being challenged at the Supreme Court in the case Dobbs v. Jackson Women's Health Organization, which surrounds a 15-week abortion ban in Mississippi. The case could overturn the landmark 1973 decision Roe v. Wade. The Supreme Court heard oral arguments on Dec. 1 and a decision is expected next summer.

"The exponential rise in the percentage citing reproductive rights as a key concern suggests the issue is resonating with Democrats as the Supreme Court considers cases that could lead to dramatic restrictions on abortion access," the Associated Press noted in their write-up of the poll.

Benz, who described the numbers as "stark," said that research from the 1980s and 1990s "regularly found that opponents of abortion had greater strength of attitudes and considered the issue important to them personally more than pro-choice people."

The AP noted that many Americans think that abortion should not be possible after the first trimester of pregnancy, or that women should be able to obtain a legal abortion for any reason.

The AP-NORC poll sampled 1,089 adults was conducted from Dec. 2 to Dec. 7 using a sample drawn from NORC’s probability-based AmeriSpeak Panel, which is designed to be representative of the U.S. population. The margin of sampling error for all respondents is plus or minus 4.1 percentage points.