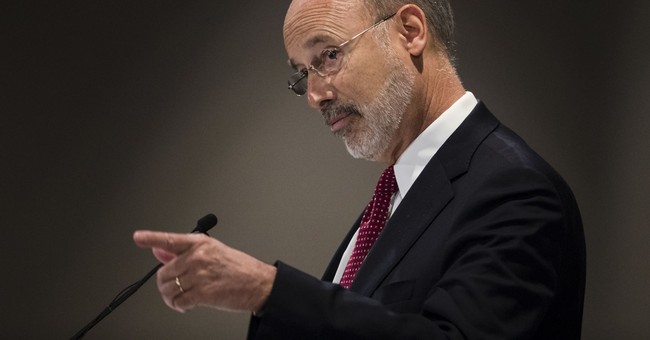 Pennsylvania’s pro-abortion Gov. Tom Wolf, a Democrat, issued a statement on Thursday slamming the Supreme Court case Dobbs v. Jackson Women’s Health Organization. The Court heard oral arguments for the case on Wednesday, which surrounds a Mississippi law that bans abortions at 15 weeks. Dobbs is the first case in decades with the potential to overturn Roe v. Wade.

In his statement, Wolf called the pro-life movement “anti-choice” and said that the Supreme Court could negatively affecting women and “birthing people” with their decision.

“Today’s arguments before the U.S. Supreme Court demonstrate another attempt to dismantle individual freedoms across the country and defy all practical understanding of modern reproductive health care. We should all be deeply troubled by the so-called pro-life movement that has worked tirelessly to secure a conservative majority in on our nation’s highest court. The Supreme Court ruling could have tremendous implications on abortion bans throughout our nation and negatively affect women, birthing people, and families making deeply personal decisions. We must take this as a reminder that your vote matters and the future of your health care depends on it.

Here in Pennsylvania, there have been six different anti-choice bills introduced by members of the General Assembly since 2016. I have vetoed three that were placed on my desk for signature and vowed to veto the rest. I remain committed to do everything in my power to protect these rights for the rest of my term. Abortion is health care. It must remain safe and legal.”

As I covered, reports following the Supreme Court’s oral arguments on Wednesday indicated that the justices are open to upholding Mississippi’s 15-week abortion ban or overturning Roe v. Wade altogether. As a result, heavily Democratic states like California and Colorado are working to “codify” Roe into law and increase abortion access.