Merriam-Webster Picks 'Vaccine' As Word of the Year 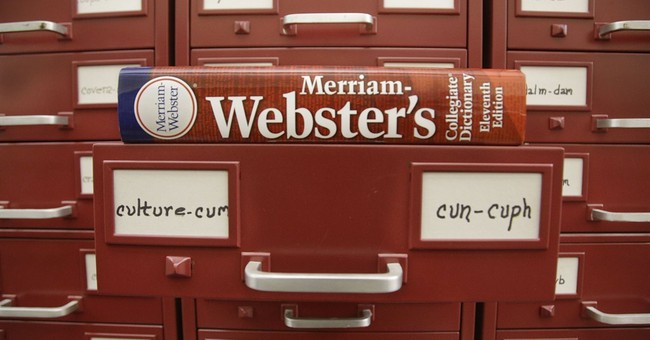 On Monday, American publishing company Merriam-Webster declared the word “vaccine” as the 2021 word of the year. The company said the word was selected because it represents the medical accomplishment to fight COVID-19, as well as the larger discussions the vaccine sparked nationwide.

Peter Sokolowski, Merriam-Webster’s editor-at-large, told the Associated Press that “vaccine” was “a word that was extremely high in our data every single day in 2021.” This uptick in lookups of the term came after the first Wuhan coronavirus vaccine in the United States was administered in New York in December.

“It [vaccine] really represents two different stories,” Sokolowski told the Associated Press. “One is a science story, which is this remarkable speed with which the vaccines were developed. But there’s also the debates regarding policy, politics and political affiliation. It’s one word that carries these two huge stories.”

The speed in which the vaccine was developed was called “Operation Warp Speed,” which was a public-private partnership to accelerate the development of a coronavirus vaccine. It launched during President Trump’s term in May 2020.

The official Merriam-Webster announcement also noted how the discovery of the coronavirus vaccine provoked conversations surrounding personal freedom, among other things.

“The promising medical solution to the pandemic that upended out lives in 2020 also became a political argument and source of division. The biggest science story of our time quickly became the biggest debate in our country, and the word at the center of both stories is vaccine,” the company’s website notes. “The word vaccine was about much more than medicine in 2021. For many, the word symbolized a possible return to the lives we led before the pandemic. But it was also at the center of debates about personal choice, political affiliation, professional regulations, school safety, healthcare inequality, and so much more.”

According to NBC News, in 2019, there was “little urgency or chatter about vaccines.” And, reportedly, Merriam-Webster logged an increase of 1,048 percent in lookups for the term this year. Topics like vaccine distribution, vaccine mandates, vaccine passports, and vaccine hesitancy “kept interest high.”

The word “vaccine” stretches back to 1882, Sokolowski told AP, and explained that it was not developed due to a single pandemic. It was borrowed from the New Latin term “vaccina,” which goes back to the Latin term “vaccinus,” which means “of or from a cow.” He noted that the term “inoculation” dates back to 1714, referring to the act of injecting an “inoculum.”

In the Merriam-Webster announcement, it notes that other terms that saw an uptick in lookups were “insurrection,” “woke,” “infrastructure,” “cisgender,” and “meta.” Sokolowski told AP that “insurrection” saw a 61,000 percent increase in lookups in 2021, following the Capitol riots on Jan. 6. In previous years, words like “they,” “justice,” and “feminism” were selected as the word of the year.

“While other dictionary companies choose words of the year by committee, Merriam-Webster bases its selection on lookup data, paying close attention to spikes and, more recently, year-over-year increases in searches after weeding out evergreens,” NBC News stated in their report.

Similarly, the Oxford English Dictionary’s word of the year is “vax,” which the company described as a “particularly striking term” and that “no word better captures the atmosphere of the past year.”