GOP Reps Demand More Briefings on Afghanistan: ‘This Withdrawal Has Been An Unmitigated Disaster' 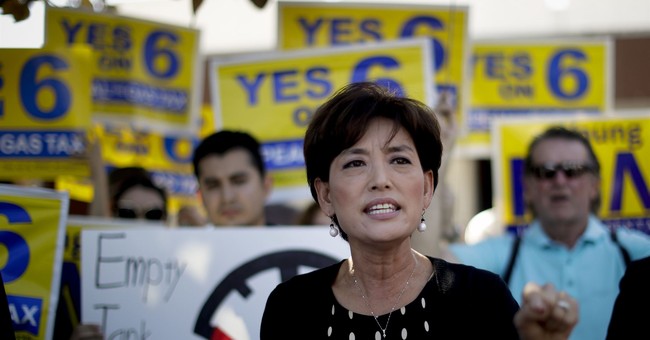 On Friday, 19 Members of Congress sent a letter to President Biden demanding more transparency from his administration regarding our withdrawal from Afghanistan, which they described as “unmitigated disaster” and noted that there are still Americans and allies behind enemy lines.

The letter, led by Rep. Young Kim (R-CA), called out Biden’s administration for providing Members of Congress with next to no engagement on updates and efforts regarding our withdrawal from Afghanistan. Furthermore, they describe the presentations conducted by other members of the administration as “unhelpful” and “limited to Administration talking points.”

"Since the August 31st deadline for U.S. troop withdrawal from Afghanistan, Members of Congress have received little to no engagement from this Administration on classified briefings and updates on the situation in Afghanistan and ongoing efforts to evacuate our citizens and Afghan partners. While we appreciate Secretary of State Antony Blinken for appearing before the House and Senate this week, we fully recognize that his remarks were limited to Administration talking points and failed to fully answer our concerns.

We request that your Administration provide more frequent classified briefings for relevant congressional committees as our Afghanistan policy continues to evolve. Past briefings on Afghanistan for Congress have been dominated by presentations from Department officials that left little time for questioning or provided time-limited briefings in a closed setting at the unclassified level. Both approaches are equally unhelpful, and it leads to the kind of frustration expressed this week during House and Senate hearings.

Contrary to your repeated statements, the implementation of this withdrawal has been an unmitigated disaster. While we applaud the work of rank-and-file employees of the State Department and Department of Defense, the heroism of our armed forces deployed to assist evacuations, and the sacrifice of the 13 servicemembers who were killed by ISIS-K, it would not have been required in the first place had there been an informed and coherent strategy in place."

In addition to Biden, the letter was sent to Secretary of State Antony Blinken and Secretary of Defense Lloyd Austin. Other Members of Congress who signed the letter include Rep. Steve Chabot (R-OH), Rep. Brian Fitzpatrick (R-PA) and Rep. Lisa McClain (R-MI).

“As Americans & allies are behind enemy lines & the Taliban provides safe haven for terrorist organizations, Congress must hold the Biden administration accountable,” Kim wrote on Twitter regarding the letter.