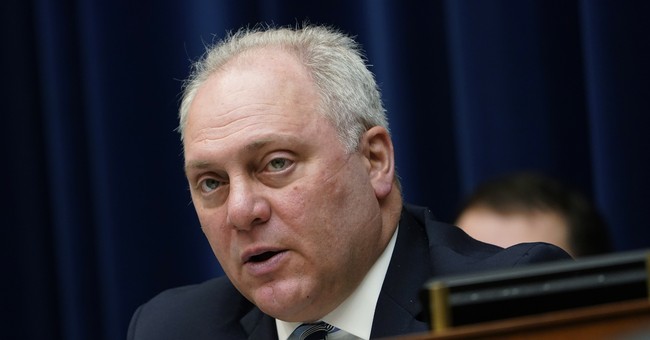 On Tuesday, two Republican Members of Congress shared a letter penned to the Food and Drug Administration (FDA) detailing concerns that the Biden administration pressured FDA officials to recommend booster shots for the Wuhan coronavirus before seeing data proving boosters are necessary.

The letter, which was addressed to FDA Acting Commissioner Dr. Janet Woodcock, was penned by House Minority Whip Rep. Steve Scalise (R-LA)  and House Oversight Committee Ranking Member Rep. James Comer (R-KY). In a tweet, Scalise said “Dems have politicized this vaccine from the start. And they need to STOP.”

Dems have politicized this vaccine from the start. And they need to STOP. pic.twitter.com/zyPEvjGUH8

“Without evidence and data, President Biden announced that booster doses of the mRNA vaccines would be available for Americans starting September 20, 2021. Top scientists and researchers were stunned by this decision – particularly because the CDC and the FDA had not yet conducted their independent review of the data,” the letter reads. The letter goes a step further, noting that two top FDA officials recently resigned reportedly because of Biden’s booster shot plan. The two officials, Dr. Marion Gruber and Dr. Philip Krause, previously took part in approving vaccines at the FDA.

“The political manipulation and pressure to interfere with the science by President Biden’s White House reportedly contributed to the decision of two top career scientists, Marion Gruber and Phill Krause, who were key in the vaccine process, to leave the FDA,” the letter reads. “They felt that the FDA was being sidelined by the Biden Administration and ‘what finally did it for them was the White House getting ahead of FDA on booster shots.’”

In the letter, the congressmen elaborate on this point, citing an article published on Monday by a group of scientists, including Krause and Gruber, that refutes the need for mRNA booster shots for COVID-19. In the article, “Considerations in boosting COVID-19 vaccine immune responses,” Krause and Gruber argued that “current evidence does not, therefore, appear to show a need for boosting in the general population, in which efficacy against severe disease remains high.” Additionally, the paper states “[t]his is a compelling issue, particularly as the currently available evidence does not show the need for widespread use of booster vaccination in populations that have received an effective primary vaccination regimen.”

The letter concludes with requests for copies of all documents and communications regarding the study and implementation of booster shots – including “any effort by political appointees of White House personnel to review, revise, edit, delay, or prohibit publication of information related to booster shots.”

During remarks at the White House last month, Biden said “[j]ust remember, as a simple rule, eight months after your second shot, get a booster shot.” Biden reiterated his plan for booster shots last Thursday, where he stated “I know there’s been some confusion about boosters, so let me be clear. Last month, our top government doctors announced an initial plan for booster shots for vaccinated Americans. They believe that a booster is likely to provide the highest level of protection yet. Of course, the decision of which booster shots to give or when to start them and who will give them will be left completely to the scientists at the FDA and the Centers for Disease Control.”