Pence Shreds Biden’s Vaccine Mandates: ‘Unlike Anything I’d Ever Heard From an American President’ 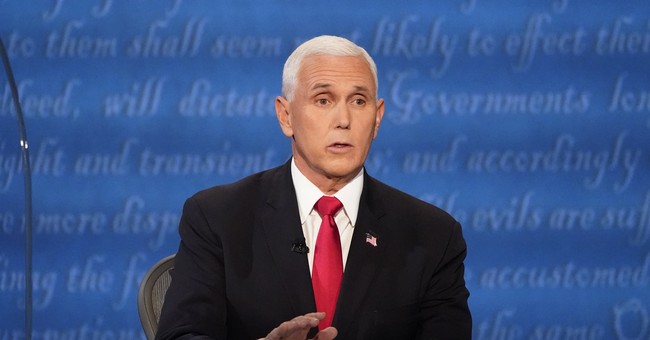 Former Vice President Mike Pence shredded President Biden’s vaccine mandates announced yesterday, calling it “not the American way” and “unlike anything I have ever heard from an American president."

In an interview with Fox News on Friday, Pence ripped into Biden’s approach to mandate vaccinations for millions of Americans rather than utilizing his position to simply encourage vaccinations. While Pence himself is vaccinated, he believes in an individual’s personal freedom to make the choice to do so.

“The president’s speech yesterday was unlike anything I’d ever heard from an American president,” Pence opened the interview with. “The president should simply continue to do as we’ve done, to lead by example. Encourage people to take the vaccine.” Pence noted that he took the vaccine on national television with his wife to encourage others to get vaccinated.

Additionally, Pence fired back at Biden’s remark yesterday when he stated “[t]his is not about freedom or personal choice” regarding vaccinations.

“To say it’s not about freedom – it’s exactly about freedom,” Pence continued. “America is about freedom and the ability to make the best decision for your family, for your business….And the approach this administration is taking now with this new surge of mandates and dictates from Washington D.C., and also, with not respecting the leadership at the state level. That was central to the approach of the White House Coronavirus Task Force.”

As Katie reported, Biden announced new coronavirus vaccine mandates from the White House yesterday. Companies in the private sector with 100 or more workers will be required to mandate vaccines for employees or have them tested for COVID-19 weekly. The details are explained further in Biden’s “Path Out of the Pandemic” plan.

“The Department of Labor’s Occupational Safety and Health Administration (OSHA) is developing a rule that will require all employers with 100 or more employees to ensure their workforce is fully vaccinated or require any workers who remain unvaccinated to produce a negative test result on at least a weekly basis before coming to work. OSHA will issue an Emergency Temporary Standard (ETS) to implement this requirement. This requirement will impact over 80 million workers in private sector businesses with 100+ employees.”

Since the announcement, a slew of Republican governors have come out against it, with Texas Gov. Greg Abbott calling it “an assault on private businesses” and South Carolina Gov. Henry McMaster stating that “we will fight them to the gates of hell to protect the liberty and livelihood of every South Carolinian.”