GOP Rep on Religious Minorities in Afghanistan: Christians Are Being ‘Hunted’ by the Taliban 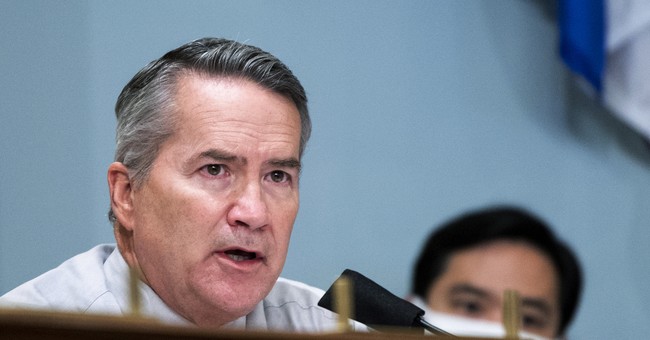 On Tuesday, Georgia Rep. Jody Hice (R) appeared on EWTN News Nightly to discuss the treatment of religious minorities in Afghanistan, particularly Christians, now that the Taliban has recaptured the country and will implement Sharia law.

Speaking to host Tracy Sabol, Hice explained how the Biden administration has let down the American people and our allies, how Christians are being targeted by the Taliban, and how American leadership should not be negotiating with terrorist organizations – all as a result of President Biden’s hasty withdrawal from Afghanistan.

Since the Taliban takeover, a spokesman for the terrorist group stated that women and girls in Afghanistan will have rights “within the framework of Islam,” or Sharia, under their rule. Lawmakers in the United States voiced concern over this, as they predict women will lose the years of progress made when the United States had a presence in Afghanistan.

Another group at risk under Taliban rule is religious minorities, including Christians, Hindus, and Sikhs – all of which have a history of persecution under the Taliban. Sabol inquired what dangers Christians in Afghanistan are facing while waiting to be evacuated from the country.

“The environment, obviously, under Sharia law, creates an extremely dangerous situation for anyone who is of any other faith, probably, the top of which, is Christians. And of course, not only us but many offices have been in contact with many Christians who are being literally hunted by the Taliban right now. Every effort possible is underway to try to evacuate those individuals and I’m sure those efforts will continue with unceasing resolve until we get those people to safety,” Hice said to Sabol. “[T]heir lives are our biggest concern.”

Hice then slammed the Biden administration’s negotiations with the Taliban and believes the withdrawal would have unfolded differently under our previous presidential administration.

“It is Americans and American leadership – not terrorists – who ought to be setting the standards as to how we are going to evacuate our citizens and others from the country. It is not something that we should be taking orders from terrorists, they should be hearing from us what we’re going to do,” Hice argued. “And it is concerning that this administration continues to go to a terrorist organization for instructions as to what we can and cannot do. It certainly should be the other way around. And I’m very much confident that had we – at this point – had different leadership, such as what we had under President Trump, none of this would be taking place.”

Sabol wrapped up the interview by asking Hice how he predicts our withdrawal from Afghanistan is going to conclude.

“We’re in a very serious fight for the clock right now. The clock is ticking. We are being told the doors are going to be closing in a matter of days. There are threats emerging, it seems, by the hour as we go through this,” Hice said. “I don’t know how it’s going to end, but we’re not going to quit until it’s over.”

Christians and other religious minorities who are still in Afghanistan are fearing for their lives. A group of Republican lawmakers discussed the crisis in Afghanistan this morning, and @CongressmanHice gives us more insight as to what the group wanted Americans to know. pic.twitter.com/k0WCIeuxpQ