Biden's D.C. Catholic Parish Does Not Plan on Refusing Communion to Pro-Choice Attendees 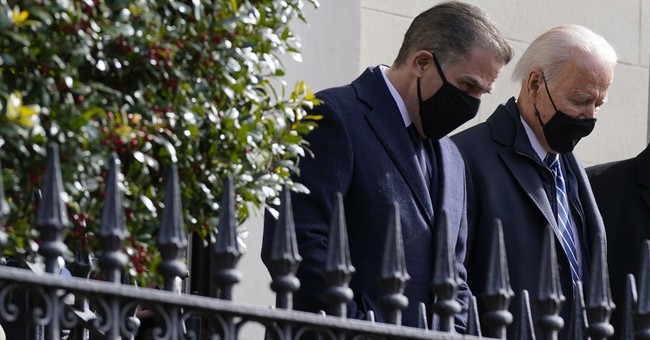 On Tuesday, President Biden’s Washington D.C.-based Catholic parish, Holy Trinity Catholic Church, wrote in a statement that they have no plans to deny any mass attendee the sacrament of Holy Communion.

“Holy Trinity Catholic Church will not deny the Eucharist to persons presenting themselves to receive it,” the statement reads.

Holy Trinity Catholic Church, located in Georgetown, was selected as Biden’s parish when he served as vice president during the Obama administration. He also attended his first mass as president at the parish in January.

This statement comes weeks after reports that the United States Conference of Catholic Bishops will come together to draft a statement that could prevent pro-choice Catholic lawmakers from the sacrament of Holy Communion. If this were to manifest, politicians including President Biden, House Speaker Nancy Pelosi (D-CA), and Rep. Alexandria Ocasio-Cortez (D-NY) could be refused the sacrament when they attend Mass.

“As Pope Francis recently reaffirmed, communion should be viewed ‘not as a prize for the perfect, but as a powerful medicine and nourishment for the weak.’” the statement reads. “None of us, whether we stand in the pews or behind the altar, is worthy to receive it. The great gift of the Holy Eucharist is too sacred to be made a political issue.”

While that particular sentiment might be true, there is still something to be said about Biden’s longstanding pro-choice agenda and his self-proclaimed devout Catholicism. The Catholic Church opposes all forms abortion where the direct purpose is to terminate an existing pregnancy. Biden is a proponant of abortion, and recently excluded the Hyde Amendment from the 2022 budget. The Hyde Amendment would prevent taxpayer funds from paying for abortion. He supported the legislation as recently as 2019. Now, he is against it.

Holy Trinity Catholic Church referred in the statement to their Archbishop, Cardinal Wilton Gregory, who has reportedly said he has no intention to deny Biden communion.

"As the Holy Trinity Parish Council, we stand with our Archbishop, Cardinal Wilton Gregory, concerning the issues surrounding offering the Eucharist to American politicians,” the statement explains. “As a parish which has a long history of welcoming all, we concur with and support the pastoral approach of our Archbishop.”

In the coming weeks, if the USCCB decides that pro-choice politicians can be refused communion, then I suppose the likes of Biden and Pelosi know which parish they can count on.