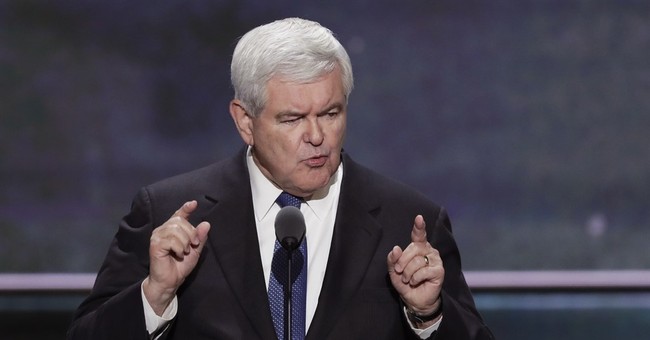 Former Speaker of the House Newt Gingrich responded to CNN’s report detailing the “entrenched dysfunction” among Vice President Harris and her staff, arguing she may be the “worst” VP in U.S. history.

But she has accomplished something “very historic,” Gingrich said.

“She got CNN, historically the strongest supporter of liberal Democrats, to run an entire story pointing out that the president's team and the vice president's team are fighting internally, in a very ferocious way,” he told Fox News’ Sean Hannity. “I've never seen CNN do anything that would be harmful to Joe Biden. This story was devastating.”

He also doesn’t believe the “backbiting” will end, especially as both the president and VP’s approval ratings are in the tank, with the former at 38 percent and the latter at 28 percent.

“So the Biden people say it's all Harris's fault,” Gingrich explained. “The Harris people say, you know, if only he was using her correctly.”

“[T]he truth is she hasn't accomplished anything," he continued. “I mean, it's an embarrassment. But then on the other hand, she's working with Joe Biden, who has accomplished almost nothing. And it's an embarrassment. As you point out, just watching him in public in an unscripted environment is a little frightening, frankly, to think that this is the commander-in-chief and to know that our opponents around the planet are watching the same TV coverage. I think this is, having known a fair number of vice presidents, this is an amazing moment for probably the worst vice president in American history."

Gingrich: Kamala Harris’ Historic Achievement Is to Make CNN Run a Story Harmful to Joe Biden (Former Speaker Gingrich is not kidding, there is a website with Harris laughing for 10 hours. https://t.co/euEety8AJD ) pic.twitter.com/LwrnCDY9wS