'Is the White House Trying to Lose the Midterms?': Critics Blast One Goal in Biden's 'Gender Equity' Plan 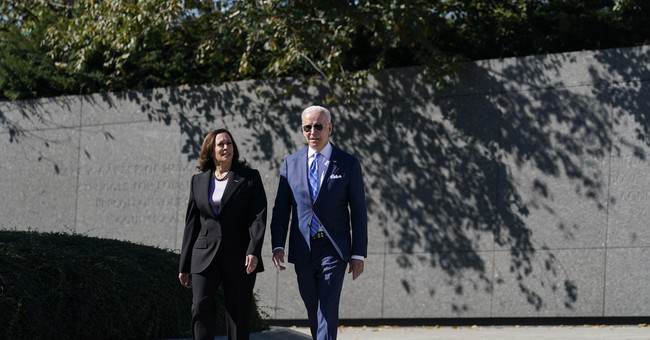 Last week, the White House unveiled the first report from the newly-formed Gender Policy Council, which puts forth a “vision and comprehensive agenda to advance gender equity and equality in domestic and foreign policy.”

One sentence about cash bail tucked away in the 42-page document is raising red flags.

“To build safe, healthy, and whole families and communities, we will work to reform our criminal justice system, including by reducing the number of people incarcerated in the United States and addressing the racial, gender, and income-based disparities in the justice system, as well as supporting efforts to increase community trust in police,” the report states in a section that addresses the fair treatment of women and girls in justice systems.

“We are also committed to increasing federal oversight and accountability for police departments and prosecutors’ offices to address system misconduct, including gender bias and sexual misconduct,” the report continues. “And we will work to end cash bail and reform our pretrial system, recognizing the harm these processes cause, particularly for Black women and families.”

President Biden and I released the first ever National Gender Strategy. This is our vision for the future of our nation—one that is bold in strategy and one that this moment calls for.https://t.co/89T8lDmkIM

The stated goal of ending cash bail comes at a time when Americans’ concern over violent crime is rising.

Last month, FBI data showed a nearly 30 percent increase in the number of murders in 2020, while the overall violent crime rate went up 5 percent.

Some critics are wondering if the "White House [is] trying to lose the 2022 midterms."

"At a time when crime is on the rise, Dems are pushing a radical anti-public safety and anti-police agenda that will lead to even more crime," tweeted GOP Rep. Rodney Davis. "We need to support our police and make sure they have the resources and tools to do their jobs and keep us safe."

Responding to Fox News's Brian Kilmeade, who pointed out what a "disaster" eliminating cash bail has been for New York "and now maybe for the country," Sen. Tom Cotton said the document "reads like a parody of a gender studies PhD thesis but it also shows the misplaced priorities of Joe Biden and Kamala Harris and the Democrats in Washington."

He added: "As you say in New York, you've see what happens when you eliminate cash bail. Criminals are arrested, they're put right back on the streets, they threaten their victims again, they threaten the witnesses who might testify against them in trial."

We're facing the worst crime wave in recent history, but President Biden is trying to eliminate cash bail in the name of "gender equity." pic.twitter.com/V2JjjqEmH0