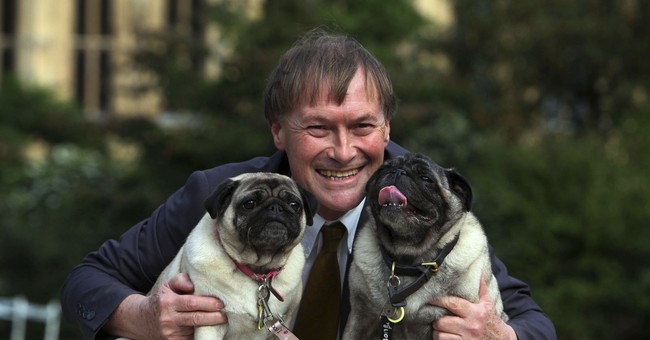 Sir David Amess, who was murdered last week in a “terrorist incident,” spent years campaigning for city status for Southend.

"He was Mr. Southend, he was Mr. Essex, he would always put Southend front and centre of his work and that was David through and through," Home Secretary Priti Patel said Sunday, according to BBC.

In remembering her former boss, Becky Paton recalled on Twitter that she “had the perpetual task when writing speeches for Sir David to make sure that every speech, no matter what the topic, issue or campaign, could end with the immortal words '...And that's why Southend should become a city!'”

“As it is only a short time since Sir David last put that very case to me in this chamber, I am happy to announce that Her Majesty has agreed that Southend will be accorded the city status it so clearly deserves,” Johnson said.

Southend was one of several towns competing for city status as part of the Queen's Platinum Jubilee celebrations in June next year, with Sir David having pushed for the recognition for at least two decades.

With a population of around 183,000, Southend is a large coastal town and is home to the longest pleasure pier in the world, Southend Pier, measuring 1.33 miles. It also has London Southend Airport less than two miles north of the town centre.

Cities historically were settlements with cathedrals, which is why small places such as Ely in Cambridgeshire and Salisbury remain cities. But having a cathedral is no longer an official requirement for a city-aspiring town. In recent years, towns have been able to apply to the Government for city status via competitions by the Ministry of Housing, Communities and Local Government. (Daily Mail)

Prime Minister Boris Johnson announces that Southend will be made a city in honour of the MP Sir David Amess.

There was widespread agreement that the touching gesture is very fitting.

At this time of great sadness it is utterly fitting that Southend WILL a become a City.

Greetings from Chelmsford, Essex’s other City.