Senate Parliamentarian Deals Dems Yet Another Blow on Immigration Plan 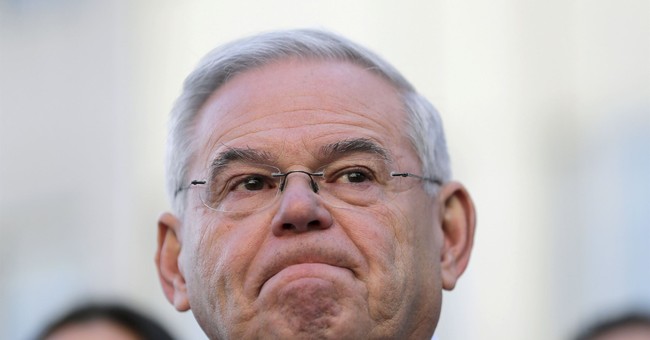 When Senate Parliamentarian Elizabeth MacDonough dealt a “crushing blow” to Democrats’ plan to include a pathway to U.S. citizens in their $3.5 trillion spending package earlier this month, they immediately got back to work on a Plan B.

But MacDonough has nixed the Democrats’ backup immigration plan as well.

But MacDonough told Democrats that the option was a non-starter, according to a copy of the guidance obtained by The Hill. Democrats are pursuing other back-up plans with the Senate referee, according to a source familiar with Democrats' strategy.

Changing the registry date is a "weighty policy change and our analysis of this issue is thus largely the same" as for Democrats' previous proposal to provide legal permanent resident status to some immigrants, MacDonough told Democrats in her guidance. (The Hill)

Sen. Bob Menendez said it's back to the drawing board.

"It's unfortunate. I disagree with her," the New Jersey Democrat said, "but we'll go to plan C."

Sen. Dick Durbin, meanwhile, was "disappointed" and noted that the parliamentarian's ruling meant there are "limited" options left.

Progressive House Democrats have pressured their colleagues in the Senate to ignore MacDonough's rulings and push immigration anyway. According to the New York Post, however, Durbin and Menendez have said leadership doesn't have enough votes to go that route.