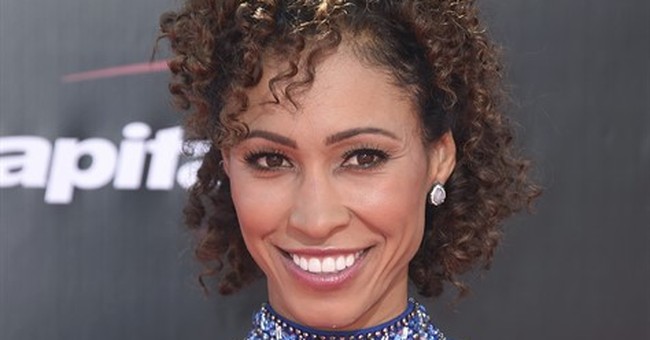 During the interview, she was asked about the band-aid on her arm and she revealed she had gotten the jab.

“You took it a long way,” Culter responded.

"I did," Sage replied. "I just… I didn’t want to do it. But I work for a company that mandates it and I had until September 30 to get it done or I’m out."

She then blasted the vaccine requirement.

"I respect everyone’s decision, I really do, but to mandate it is, um, sick," Steele said. "And it’s scary to me in many ways. But I have a job, a job that I love, and frankly, a job that I need, but again, I love it. I’m not surprised it got to this point, especially with Disney, a global company… but it was actually emotional."

Disney, which owns ESPN, announced in July the vaccine requirement for salaried and non-union hourly workers, who were given 60 days to get the shot. The company said all new hires would have to be fully vaccinated before starting the job.

Steele has been vocal in supporting Orlando Magic forward Jonathan Isaac's decision to not get vaccinated.

And another. ????
Much respect @JJudahIsaac https://t.co/H2YrmDscqW

Why the Chances for a Republican Senate Takeover Just Increased Dramatically
Townhall
WATCH: The Daily Show has finally decided to mine the bottomless barrel that is Kamala Harris for comedy gold
Twitchy
GOP Candidate Delivers the Best Debate One-Liner of the Cycle
Redstate
UKRAINE WAR: Russia's Position Is Crumbling
PJ Media