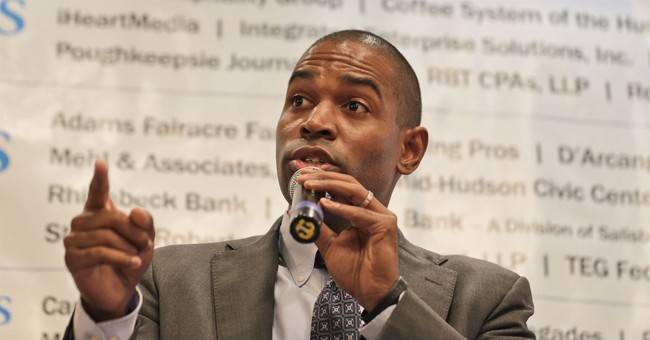 After endorsing Reps. Cindy Axne of Iowa, Angie Craig of Minnesota, Antonio Delgado of New York, Josh Harder of California and Elaine Luria of Virginia in the 2020 election—sparking backlash from Republicans at the time—the U.S. Chamber of Commerce launched an ad campaign on Wednesday pressuring these same centrist Democrats to vote against the $3.5 trillion reconciliation package.

"This reconciliation bill is effectively 100 bills in one representing every big government idea that’s never been able to pass in Congress," U.S. Chamber of Commerce President and CEO Suzanne Clark said in a statement. "The bill is an existential threat to America’s fragile economic recovery and future prosperity."

"We will not find durable or practical solutions in?one?massive?bill that?is?equivalent to?more?than?twice the?combined?budgets?of all 50 states,” Clark added. “?The success of the bipartisan infrastructure negotiations provides a much better model for how Congress should proceed in addressing America’s problems.”

The ad spots highlight how the bill's tax increases “would be a body blow to our economy."

The US Chamber of Commerce starts endorsing Democrats, and now it's pushing them not to support a key Democratic priority: pic.twitter.com/fQCOh3gL23

If Republicans unanimously oppose the reconciliation package, which is likely, Democrats can only afford to lose three votes.