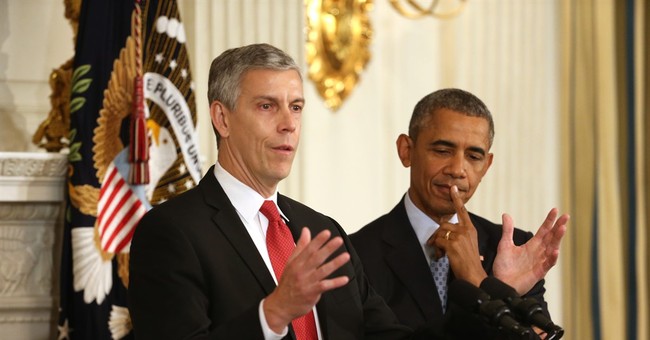 Former President Obama’s Education Secretary, Arne Duncan, was criticized on social media after he drew a comparison between anti-mask and anti-vaccine Americans and suicide bombers.

“Have you noticed how strikingly similar both the mindsets and actions are between the suicide bombers at Kabul’s airport, and the anti-mask and anti-vax people here?” Duncan wrote on Twitter. “They both blow themselves up, inflict harm on those around them, and are convinced they are fighting for freedom.”

The responses were brutal.

Delete your account, now, you shameless, soulless ghoul. I'm a pro-mask, pro-vaccine conservative - by personal choice because of my lung damage from Iraq, not by mandate - and you literally SUCK at this thing called being a human being.

And people wonder why I blast the public school system & ABSOLUTELY will homeschool my kids. Lunatics like this are brainwashing your children.

This was an Obama Cabinet member. This is what they think of you. https://t.co/4yAV6d02KZ

No. I haven’t… because they’re not similar. You lack a soul and brain. The only thing striking is your ignorance.

Are you an insane person?

On the day that President Biden met the caskets containing the fallen soldiers who were victims of suicide bombers, I can't imagine a more inappropriate Tweet from former Education Secretary @arneduncan

Current and former cabinet secretaries have every right to have their opinions and express them, but it would probably be better for American governance if ppl at that level did not reveal themselves to be off the deep end https://t.co/M4Xk6Ra50x

While not going quite as far as Duncan, former Republican Governor of California Arnold Schwarzenegger recently told Americans who are against masking “screw your freedom.”

Coming from a person who left Austria for Freedom in the United States!