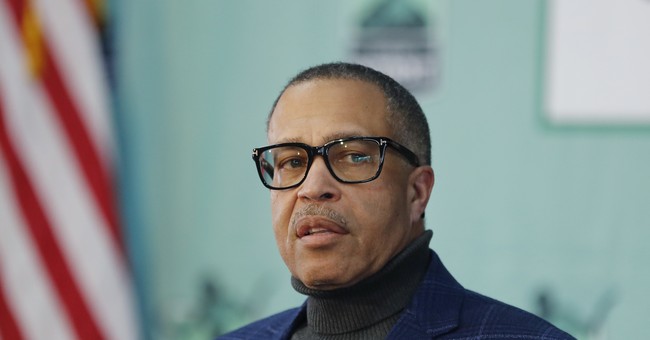 Craig, who has “protected and served for 44 years,” spoke about how, during the height of rioting last year, Detroit did not see destruction similar to many other U.S. cities.

“The best part, the last eight years here in Detroit, we know what happened last year. You know, when other cities were burning, we know that Portland, Seattle, Los Angeles, Chicago — but Detroit did not burn,” Craig said.

Beyond that, the former top cop said he was running for the people of Michigan who have struggled under Gov. Whitmer’s strict lockdown policies. He vowed to show the Democrat governor “what leadership looks like.”

"I can't help but think about the small businesses who are suffering through the pandemic -- and now we want to give … handouts and businesses cant even hire employees," Craig noted. "I've got to tell you – I'm running, because when I look at politicians across the country – when I look at Governor Whitmer, she follows different rules – she just does."

"This is about leadership – you can't take that away from me – I'm a fighter."

What the people need is “a hand up and I’m all for a hand up,” he said. “They don’t want a government handout.”

Carlson warned Craig about the vitriol that would be coming his way.