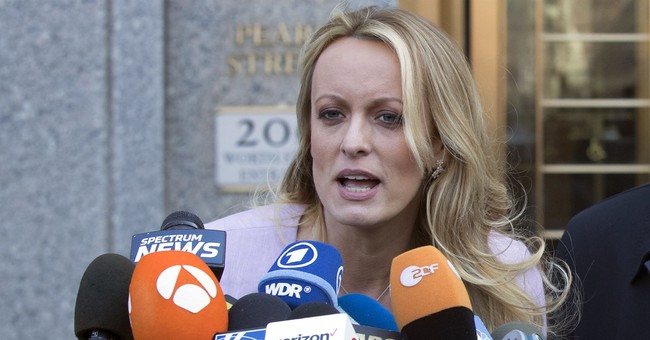 Avenatti wept in court during his sentencing while taking responsibility for his actions.

“I and I alone have destroyed my career, my relationships, my life, and there is no doubt that I deserve to pay, have paid, and will pay a further price for what I have done,” he said.

Daniels said she hopes Avenatti, who represented her in lawsuits against former President Trump, will become a better person.

"He was a man you wanted to trust and believe in, but the longer I knew him I began witnessing his lies and dishonesty until I realized I too became his victim," she said in a statement Thursday. "I am sure today he found a reckoning. Let’s hope that that leads to [an] honest realization that he must change his life."

According to federal prosecutors in New York City, “Avenatti used a doctored document to divert about $300,000 that Daniels was supposed to get as an advance from a book deal, then used the money for personal and business expenses. Only half of that money was paid back, prosecutors said,” reports The Guardian.

“As alleged, he blatantly lied to and stole from his client to maintain his extravagant lifestyle, including to pay for, among other things, a monthly car payment on a Ferrari. Far from zealously representing his client, Avenatti, as alleged, instead engaged in outright deception and theft, victimizing rather than advocating for his client,” said a statement from the U.S. Attorney’s Office for the Southern District of New York.

That trial will take place later this year in Manhattan federal court. Avenatti denies the charges.