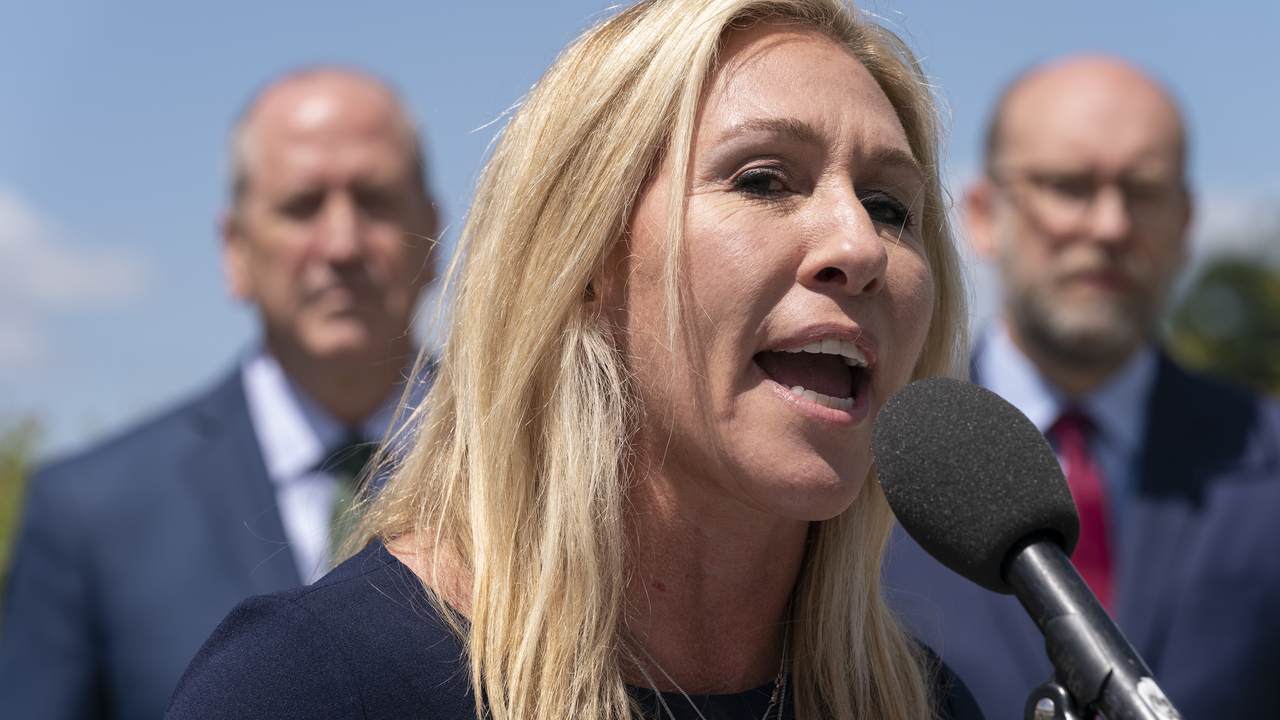 As a true outsider in Congress, Rep. Marjorie Taylor Greene has an ability to see things most other representatives gloss over, argued Fox News's Tucker Carlson on his program last week. One example of this is in the infrastructure bill, which has some unusual language that only the Georgia Republican seems to have noticed.

"Women shall be presumed to be socially and economically disadvantaged individuals for purposes of this subsection," the Democrat-written legislation reads.

Greene initially took to Twitter to raise concern over the passage.

"My construction company is Woman Owned and I am very offended to be presumed socially and economically disadvantaged!!" she said. "Democrats treat women with no respect & like we are incapable second class citizens. I have succeeded through hard work & never received help bc I'm a woman!"

Democrats “Infrastructure” plan is mostly garbage wrapped up with the Green New Deal, with a sprinkling of actual infrastructure.

As a successful female construction company owner, Democrats idea of infrastructure is a joke.

But the infrastructure bill isn't the only piece of legislation with that type of language.

"We checked and it turns out many government laws assume that women—the majority of the American population—are 'economically disadvantaged,'" Carlson said.

Greene commented that she wasn't just "surprised" but actually "outraged."

"I'm very angered to be considered in a category that is socially and economically disadvantaged because, as a matter of fact, I don't consider myself that way at all," Greene explained. "I consider myself one of the luckiest women on the planet because I'm an American woman, and I live in a country where through hard work, I can be successful."

Greene chalked up the inclusion of the language as the typical way Democrats divide people.

"You see, what they want is they want a transfer of wealth, and they don't want to give contracts to transportation companies to trucking companies to paving companies that are able to actually do the job and do the job well," she said. "They want to provide it to minority-owned companies, or women-owned companies who they consider are socially and economically disadvantaged, and this is everything wrong with the Democrats’ policies, and that's why I'm very much against it."

Carlson concluded by joking that he couldn't believe she actually read the bill.

"Boy, you are new to this! You're probably the only one who did," he said, laughing.