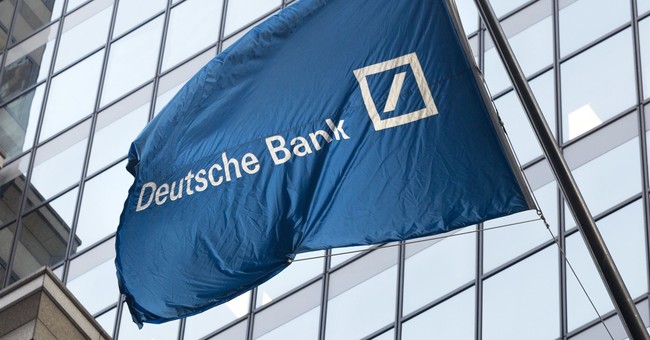 Deutsche Bank said the U.S. may be headed toward one of its worst periods of inflation in history amid increased government spending and relaxed monetary policy, warning that the belief inflation is transitory could have serious consequences for the economy.

The report, which was released Monday, begins with a series of quotes—contrasting Ronald Reagan's warning about how serious inflation is with how Joe Biden, Janet Yellen and others have justified "acting big."

"Despite the shift in priorities, central bankers must still prioritize inflation," the report says. "Indeed, history has shown that the social costs of significantly higher inflation and greatly expanded debt servicing obligations make it hard, if not impossible to reach the social goals that the new US administration (among others) is keen to achieve. We fear that the vulnerable and disadvantaged will be hit first and hardest by mistakes in policy."

"The consequence of delay will be greater disruption of economic and financial activity than would be otherwise be the case when the Fed does finally act," Deutsche noted. "In turn, this could create a significant recession and set off a chain of financial distress around the world, particularly in emerging markets."

The bank also took an opposing view to the belief that the rise in inflation will be temporary.

"We are witnessing the most important shift in global macro policy since the Reagan/Volcker axis 40 years ago. Fiscal injections are now 'off the charts' at the same time as the Fed's modus operandi has shifted to tolerate higher inflation. Never before have we seen such coordinated expansionary fiscal and monetary policy. This will continue as output moves above potential. This is why this time is different for inflation," the report said. "The effects could be devastating, particularly for the most vulnerable in society."

In conclusion, the bank said the Fed's approach to inflation "leaves global economies sitting on a time bomb."

We worry that inflation will make a comeback. Few still remember how our societies and economies were threatened by high inflation 50 years ago. The most basic laws of economics, the ones that have stood the test of time over a millennium, have not been suspended. An explosive growth in debt financed largely by central banks is likely to lead to higher inflation. We worry that the painful lessons of an inflationary past are being ignored by central bankers, either because they really believe that this time is different, or they have bought into a new paradigm that low interest rates are here to stay, or they are protecting their institutions by not trying to hold back a political steam roller. Whatever the reason, we expect inflationary pressures to re-emerge as the Fed continues with its policy of patience and its stated belief that current pressures are largely transitory. It may take a year longer until 2023 but inflation will re-emerge. And while it is admirable that this patience is due to the fact that the Fed’s priorities are shifting towards social goals, neglecting inflation leaves global economies sitting on a time bomb. (Deutsche Bank)

In time, social priorities will pushed to the back burner if "inflation returns in earnest" and central banks are forced to act, making policy changes that "will only make it harder for policymakers to achieve the social goals that our societies need."